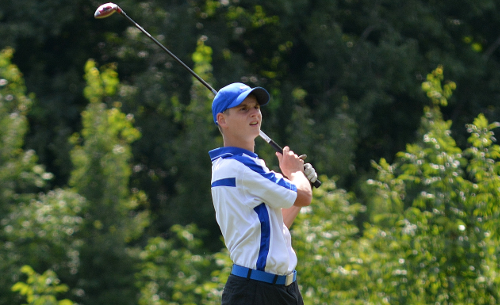 Independence senior Nick Brunsman has had an outstanding start to the 2015 season.

Through four tournaments, Brunsman averaged a score of 77 to finish in the top five of each event. His highest score in a 9-hole round was 40.

For his efforts, Brunsman was named Independence Athlete of the Week.

“Nick has been swinging it really well this year,” said Independence coach Mark Echstenkamper. “His level of consistency has been amazing. I know he would like to get a few more birdies, but he has managed to stay out of trouble. His hard work and tournament play over the summer has been paying great dividends. He has been fun to watch.”

Brunsman has dropped three strokes from his 2014 average and has his sights set on a run to the state tournament in Columbus later this fall.