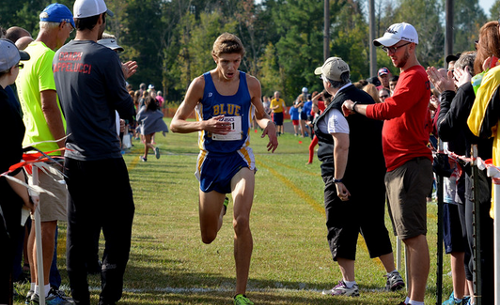 With two race wins Polman now has 15 in his career.

For his efforts, Polman was named Independence Athlete of the Week.

“It was the Blue Devils first trip to the meet at Old Fort which featured athletes from about twenty different schools,” said Independence coach Craig Polman. “This meet is unique in that the races start with a cannon blast which leaves no doubt the competition has begun. Although participation amongst his peers is down from recent years, the focus to train and compete at a high level remains the same for Tyler as he aims to carry on the legacy created by Blue Devil runners of the recent past.”