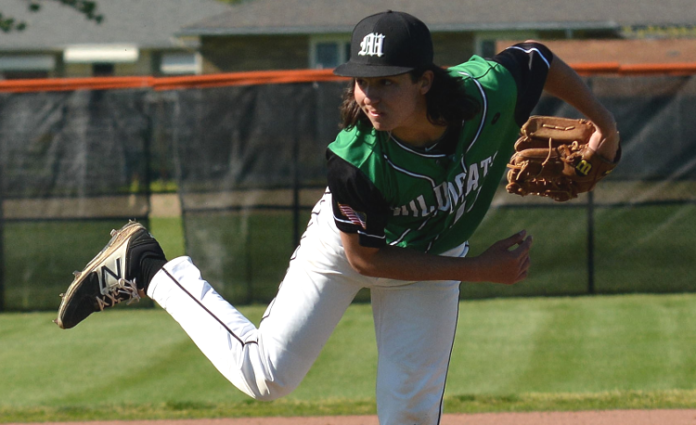 OhioVarsity.com polled the Western Reserve Conference baseball coaches to get their thoughts on how the conference standings would unfold this spring.

Here’s a look at their predictions.

The Blue Streaks have the potential to be competitive in the Western Reserve Conference and in the postseason but it hinges on every player stepping up and playing consistently.

With five returning starters from last year’s squad that finished 12-11 overall and 5-9 in the Western Reserve Conference, the Brush Arcs are ready to take the next step.

With that renewed confidence the Arcs hope to be competitive in league play and beyond this spring.

Graduation took its toll on the North baseball team but the Rangers have gotten off to a good start down in Myrtle Beach this week.

The Rangers have some depth and they’ll continue to work out the lineup as the season progresses.

Seth Higham and James Steinmetz will split time behind the plate, Brendan Collins and Dylan Froelich will both play first, Brandon Swearingen and Zach Mitchell have second base and shortstop locked up, respectively, and Steinmetz and Froelich will see time at third base. Justin Fair and Nick Stuck will compete for time in left field, Stephen Davies and Collins are competing in center and John Keough will play right.

Kenston must replace 11 graduated seniors from last year’s squad that finished 17-8 overall and won the WRC with an 11-3 record.

The Bombers return 11 lettermen including four seniors and five juniors, giving the Bombers a solid core of upperclassmen to lead the way.

Brian Pellegrini will soon officially begin his first season as South’s head baseball coach and if the Rebels follow in the footsteps of their new skipper, the Western Reserve Conference could be in trouble.

As a player, Pellegrini broke the school record for home runs with 23 in his career and he closed out his senior campaign with a .529 batting average and 46 runs batted in. He went on to become an All-American at St. Bonaventure University and played in the minor leagues before returning to his alma mater as an assistant coach.

Pellegrini inherits a team that returns just three starters from the squad that finished 15-14 overall and lost to Mentor in a district semifinal last spring, but he has been encouraged by what he’s seen out of the Rebels in the preseason.

Chardon returns five starters and 11 letter winners from last year’s team that won 20 games and reached the Division II regional semifinals. The Hilltoppers hope that experience paves the way for another deep postseason run in 2019.

The Hilltoppers averaged nearly seven runs per game last spring. They’ll need to come close to that again this spring to take the pressure off their young pitching staff.