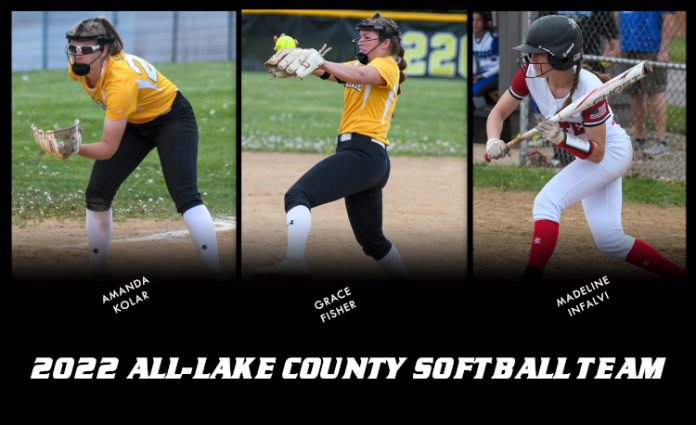 Riverside’s Amanda Kolar and Grace Fisher were named the Lake County Player and Pitcher of the Year, respectively, and Perry’s Madeline Infalvi was named the county’s Freshman of the Year.

“It means so much to me being named the Lake County Player of the Year,” Kolar said. “A lot of people see the success, but not all the work that’s put into it. Seeing all the hard work I put into the game paying off is amazing. I’m very thankful and it’s very rewarding being recognized.”

Fisher, a Notre Dame College signee, finished the season 13-2 in the circle with a 0.98 earned run average. She allowed just 60 hits and struck out 142 to just 24 walks in 92 innings of work.

“It feels amazing and I’m so thankful to be named Pitcher of the Year and being recognized for the hard work put in,” Fisher said. “Most people don’t realize the amount of work that goes into being a successful athlete and the extra work that is put in to be a successful pitcher. I’m so happy I can be a role model to the younger girls just starting this sport and I hope to continue to share my talent.”