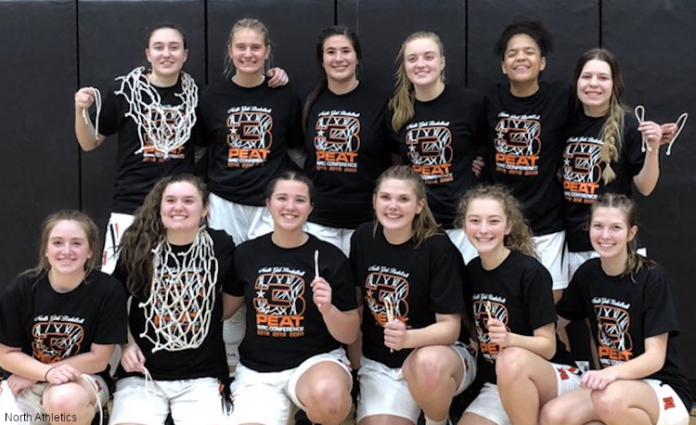 Are Super Districts here to stay?

As the postseason approaches, winter sports coaches are now in the process of submitting their team records and resumes in anticipation of this weekend’s seeding meeting.

That process hasn’t changed over the years but the district tournament will have a much different look this year than in years past as the Northeast District Athletic Board has adopted a super district approach leading into the OHSAA regional tournament.

For instance, last winter, the Perry Division I girls’ basketball district tournament included 13 teams. Eastlake North went on to win its second straight title and then reached the regional championship game for the second consecutive season. The Rangers beat Magnificat in the regional semifinals before falling to GlenOak in the championship game.

This year, the path to regionals will have a few more twists and turns to maneuver through as the NEDAB has assigned each of the district’s 70 Division I girls’ teams into one of two super districts.

In past years, there were just two districts on the east side and two on the west. Teams were assigned to one of those four districts and seeded accordingly. The two east district winners played each other in a regional semifinal while the two west winners also played with the winners advancing to play each other in the regional championship game.

That system worked well but some of the top teams ended up playing against each other much earlier in the tournament than they should have played. Each year, there seems to be one district that was much deeper than others leading some teams to have an easier path to the regional tournament.

Stark County in particular has been a hotbed for some of the top girls’ basketball teams in the state and past regional tournaments support that theory.

Meanwhile, the Perry District in Lake County has had its share of strong teams. But, over the past 10 years, that district winner is just 4-9 at the regional tournament with seven of those 10 seasons resulting in a one-and-done appearance at regionals.

The Perry District has claimed just one regional title thanks to Solon’s win in 2015. North is the only other team to win a regional semifinal in the past 10 years. The Rangers reached the regional championship game in both 2019 and 2020.

By introducing a super district, the NEDAB is creating a situation where the better teams likely won’t meet as early as they have in past tournaments as now there will be just one No. 1 seed for the entire district instead of four in each of the individual district tournaments.

It also means some of the teams who benefited from a weaker district now will find it much more challenging to win more than a game or two in the postseason.

The goal of the playoffs is for the top teams to advance as far as possible and that’s what a super district is designed to do.

But, those super districts provide their own challenges.

The East 1, 2, 3 districts are comprised of teams spanning from Ashtabula down to Youngstown and even all the way down to Marietta.

That presents an interesting scenario should Lakeside draw Marietta in a first or second-round game. With the home teams hosting the playoff contests, Lakeside could potentially drive over three hours one way to play a sectional semifinal.

The super district solves one problem while creating another.

To offset that, a simple change could be implemented to alleviate some of those travel issues.

Instead of seeding teams from 1-35 and allowing the teams to pick their spots on the bracket in order from the top seed to the lowest, the top eight teams should be seeded and assigned to host a sectional tournament.

That creates eight sectional tournaments with each of the top eight seeds hosting (during COVID protocols, the higher seed could continue to host games).

The remaining teams—in this case, there are 27 other teams in the district—would be assigned to one of the eight sectional tournaments based on seed/geography.

Let’s assume the seeds were based simply on winning percentage (see the chart to the right).

In that case, Stow would earn the No. 1 seed followed by Warren Harding, Kenmore, GlenOak, Walsh Jesuit, Archbishop Hoban, Cuyahoga Falls and North Canton Hoover. Each of these teams would host a sectional tournament.

The remaining 27 teams would fill in those sectional tournaments based on their seed, but also considering geographic restrictions.

Putting together the eight sectional tournaments could look like this (seed in parenthesis):

The bottom three seeds—Washington (33), Lake (34) and Roosevelt (35)—would be assigned as a play-in game against the lowest seed at three of the sectional tournaments, based on their seed.

In the scenario above, there are several teams that would be required to travel well over an hour for a first-round game. Those games could be swapped out with other lower seeds to alleviate the travel issue.

For instance, No. 25 Madison would be scheduled at No. 8 North Canton Hoover. Instead, Madison could swap spots with No 28 Austintown Fitch or No. 29 Boardman and each team would then travel about an hour to their first-round games.

Also, No. 11 New Philadelphia would be scheduled to host No. 22 Mayfield. That’s a trip that would take the Wildcats approximately one hour, 23 minutes. Instead, Mayfield could swap places with No. 19 Hudson and travel to Massillon Perry while Hudson would make the trip to New Philadelphia. Now, both teams are traveling just over an hour to play.

There is no perfect scenario but the super district does allow for the top teams to avoid playing each other earlier in the tournament. With some creative out of the box thinking, the NEDAB could fine-tune this system to seed the top teams appropriately while also reducing travel time, especially in the earlier rounds.

If super districts are here to stay, and this could be the fairest scenario for all teams involved, fine-tuning the process to alleviate long-distance travel early in the tournament should be considered.