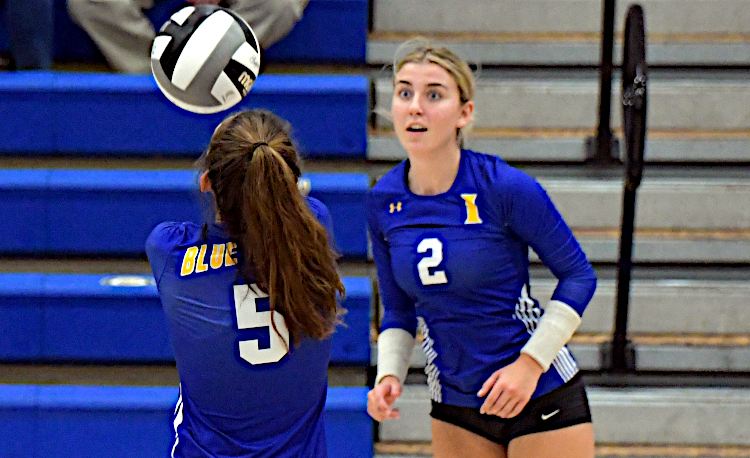 Independence standouts Abby Avila and Calli Prokopius head into their final weekend of high school volleyball with another accolade to add to their resumes.

Avila has at least one more match—and hopefully two—at the state Final Four in Dayton before turning the page on this chapter of her volleyball career.

The Blue Devils have finished as the state runner-up in each of the previous seasons. Avila hopes her legacy includes a state title.

“As I go into my final weekend, I just hope that I have led by example and shown my younger teammates that hard work pays off,” she said. “I hope working hard in the gym every day is something that every younger girl does after me in Independence. More than anything, I want us to have a great week of practice and get the job done this weekend.”

Prokopius earned all-state honors for the first time in her career.

“It means a lot to me that coaches around the state recognized me as one of the best in the state,” Prokopius said. “I’ve been working hard since Day 1 with my team and I couldn’t do it without them by my side.”

While she is laser-focused on bringing home the school’s first state championship, she also hopes her younger teammates have learned as much from her as she did from those who came before her.

“Our team plays as a whole and every single person on and off the court is a part of it,” she said. “Being a senior, I try to be a role model and a leader for my younger teammates. They look up to me and all I can do for them is teach them how to be their best. As the season is reaching the end, our team is working harder than ever to achieve our final goal, and I am beyond proud of each and every one of us.”

September 30, 2022
Independence’s volleyball team honored its seniors prior to a 3-0 sweep of visiting Trinity on Thursday.