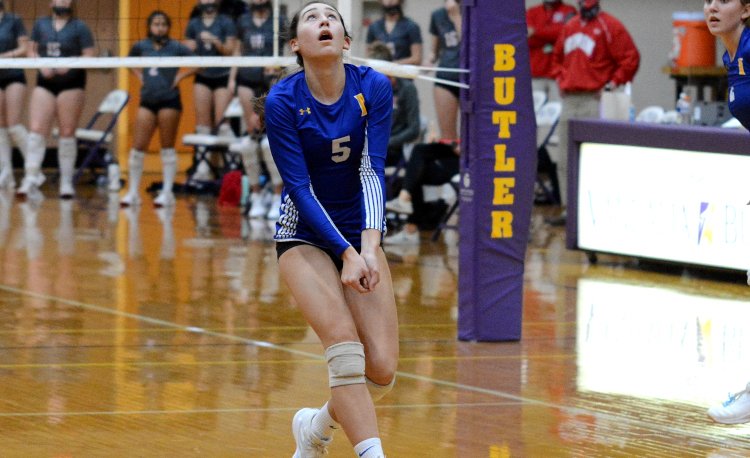 Independence senior setter Abby Avila has one less thing to worry about as she prepares for her final year with the Blue Devils.

Abila earlier this week announced her commitment to continuing her education and playing career at the University of Charleston.

“It is very exciting to know where I am going before senior year has started,” Avila said. “Now I can focus on high school volleyball.”

Charleston head coach Tyler Kanelos was hired in April. He previously was an assistant coach at Marshall.

“They started recruiting me not long after he became head coach,” Avila said. “I had known him prior when he was an assistant at Marshall. After that, everything else was a fit for me. I loved how close the campus was to downtown Charleston. I loved the feel and size of the campus too.”

Avila camped at Charleston and had the opportunity to meet and mingle with many of the current Golden Eagles players.

“They were all very welcoming to me,” she said.

With Avila on the roster, the Blue Devils are 74-13 with three straight state runner-up finishes. Avila was named third-team All-Ohio as a junior.

She’s hoping to close out her high school career with a state title.

“We do have a lot of unfinished business,” she said. “We are approaching this season very determined to finish the job. Our goal is to win a state championship, but we are going to take it one game at a time.”

October 13, 2021
With a 3-0 sweep of host Crestwood on Tuesday, Kirtland closed out the regular season with 21 straight wins.