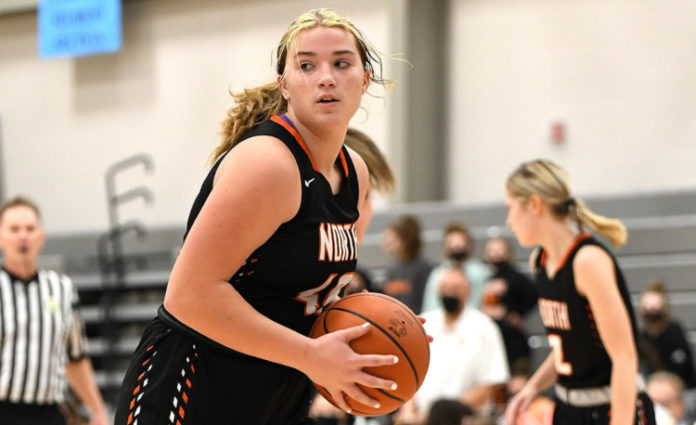 North had three players score in double figures as the Rangers topped visiting Twinsburg on Monday, 55-25.

With the win, the Rangers improved to 8-4 overall and extended their winning streak to three straight games.

“We defended well,” said North coach Paul Force of his team’s key to victory. “It took a little while for our offense to get going but late in the first quarter, we knocked some shots. We were able to change up our defenses in the half-court and then once the shots started going we were able to get a lot of people some minutes. I think this was the fewest minutes our starters have played all season. It was nice to get everybody out there and get everybody some different shots. We had a lot of scoring contributions. It was a good team win.”

North jumped out to a 17-6 first quarter advantage and increased its lead to 30-13 at halftime.

That success carried over into the second half as the Rangers outscored the Tigers in the third quarter, 13-4.

“It’s nice to have multiple scoring threats,” Force said. “Dori has had a couple of double-digit games and Cece has found her shot and playing more aggressively. We’ve preached the same thing all year; if teams are going to defend us differently, then we have capable girls out there. They just have to look for their opportunities and be aggressive when they come to them.”

North closes out the regular season at home against rival South on Wednesday. The Rangers won at South last week, 72-42, but the Rebels were within four points late in the third quarter.

Force expects to see a motivated South team on Wednesday.

“We expect them to be fired up but I think our girls will be too,” he said. “With all the challenges and different things this season has brought, for us to end the regular season on our home court against our rivals is an awesome opportunity. I don’t think the girls are going to take that lightly. We expect their best and we expect to come and play our best. It should be a fun last game in the regular season.”

Independence improves to 5-0 with win at Berkshire