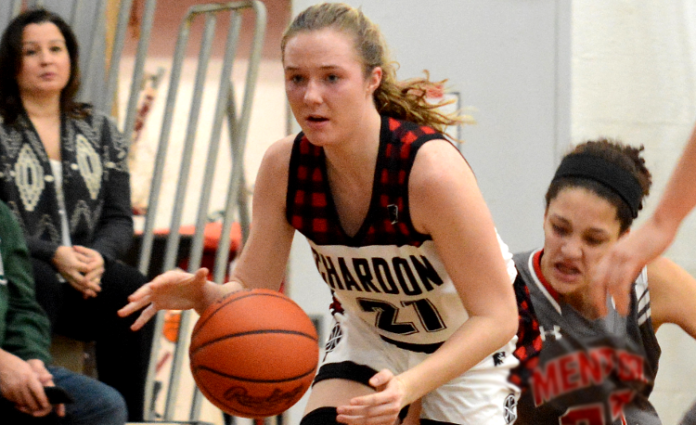 Four Chardon players scored in double figures as the Hilltoppers closed out a brutal week with a 69-50 win over visiting Madison on Saturday.

The Hilltoppers played their fifth game in eight days to improve to 13-7 overall and 8-5 in the Western Reserve Conference.

“Five games in eight days is tough,” Chardon coach Cullen Harris said. “We’ve done a good job getting kids in and out trying to conserve legs a little bit, but the mental grind is just as important as the physical part. We had some flat moments but were able to come away with a win. When you’re in that stretch you’ll take it however it comes.”

Madison hung with the Hilltoppers through three quarters but Chardon finished off the game with a 26-12 run to pull away from the Blue Streaks.

“The difference in the game today was the fourth quarter,” Harris said. “It was a five-point game at the end of three. In the fourth quarter, we were able to turn it up a bit and take advantage of some of their mistakes. They’re young and inexperienced and they couldn’t hold on for four quarters but coach (Mike) Smith has them playing well. They’re peaking at the right time. We just got fortunate to be able to create a few turnovers in the fourth we were able to capitalize on.”

“It’s very important for us to get balanced scoring because that’s how we play basketball,” Harris said. “We don’t run sets or plays for individual kids; everything we do is based on where we feel we have an advantage. They tried to take away (Feller) and the others scored to make them pay for not providing help. Then they provided a little more help and Syd made some shots and drove to get to the free throw line.”

Chardon won four of the five games it played this week.

“It’s been a busy week with all our games and barely a break, but we keep working hard,” Liechty said. “It feels really good to be winning and pushing through the past eight days. With the end of the season coming up, we want to give our seniors our best.”

“It’s always good when you get nine-plus from five kids and five, four and four,” Harris said. “That’s a mark of our program and the work we do on a daily basis to continue to develop skill and challenge kids to keep working for an expanded role.”

Riley Montagner led Madison with a game-high 16 points and Chloe Bancroft finished with 14.