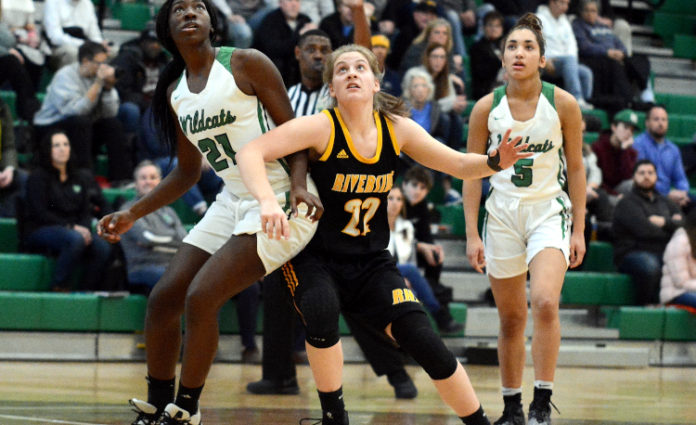 Beavers ready for next step

This year, the Beavers return five starters and six others with varsity experience and are better-versed in Caldwell’s system leaving the team ready to compete this winter.

“I think we will be competitive in every game we play this season,” Caldwell said. “Bringing so many girls back from last year’s team is fantastic. There are plenty of positives to build on, even though our record doesn’t reflect that. We were able to get a lot accomplished over the summer, even though we had to deal with restrictions due to the pandemic.”

“We have more experience at the varsity level and a deeper bench than we did last year, which will allow us to play more up-tempo and keep players fresh,” Caldwell said. “The girls trust each other and have a better understanding of the game and each other.”

While nothing will come easily for the Beavers, Caldwell’s players are ready for almost any challenge. The only obstacle they haven’t cleared is the one that has affected high school athletic programs across the area.

“The biggest challenge right now is getting back on the court, as we are in the middle of a shutdown,” Caldwell said. “Staying in shape and focused on getting back into the gym as soon as possible are at the top of everyone’s to-do list. Getting everyone in the gym at the same time has been a challenge, and we have asked younger players to step up, and they have responded wonderfully.”

Kolar, a 5-foot-7 junior guard, averaged 9.5 points, four rebounds, 1.3 assists and one steal per game last season. She shot 19-percent from behind the arc and 71-percent at the free throw line. She was named All-WRC and honorable mention all-district, as well as earning the team MVP award.

“Amanda paced the team last year in scoring and stepped up in a massive way in the team’s first playoff win in a decade last season,” Caldwell said. “She is a versatile player that can help the team on both ends of the court. With two years of experience under her belt, the team is looking toward her for leadership on and off the court as a returning captain.”

Radmore, a 6-foot center, earned honorable mention all-conference and all-district honors after averaging 7.2 points, 6.3 rebounds and one block and one steal per game as a junior. She shot 32-percent from behind the arc and 53-percent at the free throw line last year.

“Marissa is a threat to score all over the court and has increased her points and rebounds per game each season, as she has continued to work to improve her all-around game,” Caldwell said. “She will be a constant presence for the team on both ends of the floor this season.”

Junior Skylar Blatnik and sophomores Belle Bozic and Eleanore Busch round out the projected starting lineup.

“Skylar had a successful sophomore year and made huge strides during the season and this offseason,” Caldwell said. “The team will continue to need her presence on the glass as well as in the paint this season.”

Bozic, a 5-foot-5 point guard, averaged 7.0 points, 3.2 rebounds, two assists and two steals per game as a freshman. She shot 71-percent from the free throw line and hit on 27-percent of her 3-point shots. She earned honorable mention all-district honors.

“Belle had a great year in her transition straight from eighth grade to varsity,” Caldwell said. “She was a force on the defensive side of the ball, leading the team in steals. Belle also was near the top of every offensive category for the team and has worked incredibly hard this offseason to improve her game even more. She will be a huge part of our success this year.”

“Eleanore is a versatile player who helped the team all over last year,” Caldwell said. “She settled in as a key reserve and filled in as a starter when necessary. She’s an athletic guard, who is unselfish with the ball and will be a huge contributor to our team’s defense.”

Two juniors and two sophomores will be among the players providing the Beavers with depth this winter.

“Hallie does many of the little things necessary for the team to be successful when she’s on the court. An accurate shooter and a tough defender, she will be a big help off the bench,” Caldwell said. “Izzy is a solid shooter who will help us stretch the floor on offense and her size and toughness will be an asset on defense.”

Samantha Volpe, a 5-foot-11 forward/center who was a spot starter last season, and Sofia Valvoda, a 5-foot-6 guard, are the sophomores. Volpe averaged 7.5 points, 7.3 rebounds and 1.3 steals per game.

“Sam was a major contributor to the team as a freshman on both ends of the floor. She has a high motor and works hard to improve her all-around game. Sam’s athletic ability and work ethic will make her hard to handle on the court for most teams,” Caldwell said. “Sofia is an all-around basketball player that is skilled in all phases of the game. She has put in a lot of work on her outside shot, to improve her offensive capabilities. Sofia is a very capable player with or without the ball in her hands.”

Riverside is in a much better position—experience-wise—than it was last winter, but the Beavers still have a lot of work to do to compete in the rugged WRC.

“We play in a tough conference and (have) a solid non-conference schedule, and we will need to bring our best to each and every game,” Caldwell said. “I also think a lot of our challenges will come from within, dealing with the mental aspects of the game, doing all of the little things right and focusing on what we need to do to be successful day in and day out. This season will be a season like no other as we navigate through this pandemic. We will need to lean on each other as a family.”