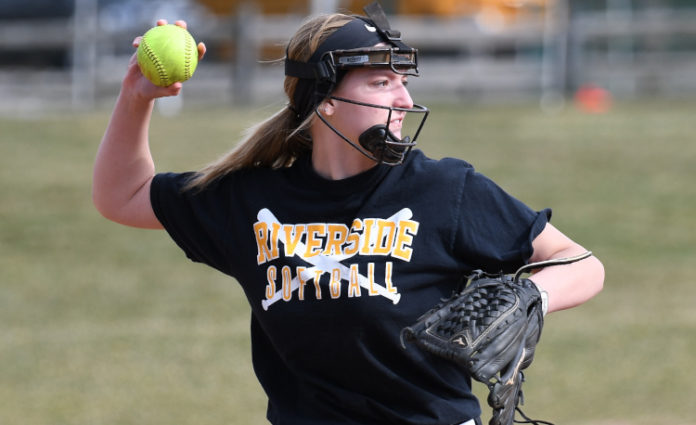 Most high school softball teams enter the 2021 season with a lot of question marks following the cancellation of the 2020 campaign.

Riverside is in that same dugout but Beavers head coach Bill Ross might have a bit of an advantage considering he returns five starters from the team that finished 12-14 overall and 7-7 in Western Reserve Conference play in 2019.

“We expect to compete with everyone we play,” Ross said. “We believe we have a solid team and program. I’m looking forward to seeing what this team can do.”

Adapting to a two-year offseason hasn’t always been easy for area coaches and players, but the unseasonable weather has allowed teams to actually get out to play and to practice on the dirt rather than inside a cramped gymnasium.

Still, it has been a challenge to see enough of the newcomers in action to formulate a varsity roster and starting lineup.

“The hardest part is evaluating the younger players and trying to figure out where they can help the most without seeing them play a ton of live softball,” Ross said. “Pitching was not bad. You usually have a good idea on the pitching in your program and you get to see them pitch live in practice a lot.”

In the circle is where Ross has another advantage.

Riverside’s varsity two-deep includes a pair of pitchers who have been in the program for at least one season.

Lamos has played two years in the program while Fisher is in her second this season.

“Both our pitchers this year have been on the varsity team since 2019, so, our biggest issue was losing three senior pitchers that never had a chance to play last year,” Ross said. “But, we are very confident in the two varsity pitchers we have this year.”

And Riverside’s pitchers are just as confident in the defensive players that will line up behind them.

Lamos will play second base when she’s not pitching and seniors Abby Watson, Molly Binkiewicz, and Katie Ross will play third base, center field, and right field, respectively.

That group of four seniors is reliable in the field, consistent at the plate and provides leadership to the younger girls.

“Senior Molly Binkiewicz brings great defensive ability to center field and will use her speed and strong arm to throw out many runners,” Ross said. “Senior Emily Lamos will be consistent in the circle and bat cleanup for us. Seniors Katie Ross and Abby Watson bring leadership and a consistent defensive mindset to our program. These four seniors have been hungry to get back on the field.”

The junior class is equally talented and experienced with Maren Kelly projected to start at first base, Amanda Kolar at shortstop, and Emma Kovalchuk in left.

Sophomores Delaney Keith and Megan Lehner are ready to introduce themselves to the high school softball world after losing their freshman seasons last spring.

Keith will catch and provide the Beavers with another powerful bat in the lineup and Lehner will serve as the team’s designated player.

“Delaney Keith and Megan Lehner are both going to be special players at Riverside,” Ross said.

According to Ross, Riverside’s greatest strength is the chemistry that has developed among the players. Coupled with the talent and experience the Beavers bring back, that should be enough for Riverside to compete early in the season as the pitching settles in.

“This team has really bonded in a short time,” Ross said. “I think our skill is well-rounded. Our biggest weakness is the lack of varsity experience for a lot of girls. We will overcome it with time and scrimmages. We need our pitching to be consistent and our offense to do what we think it can.”