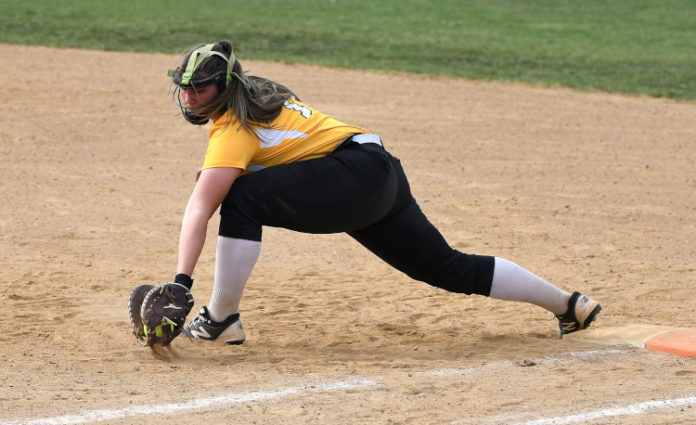 Riverside avoided a letdown after Thursday’s big win over Mentor in a showdown of top-ranked teams.

The Beavers followed up that victory with a double-digit conference win over Brush and then swept a doubleheader at Geneva on Saturday, 11-0 and 19-3.

“It really shows our potential and how far we can make it this year,” said junior Maren Kelly, who was 5-for-5 at the plate on Saturday. “I’m so proud of this team and I love how close we’ve grown in such a short period of time. I’m excited to see how this season goes.”

Riverside’s potential showed up early on Saturday as the Beavers scored three runs in the top of the first inning of the first game and five runs to start the second game.

In two games, the Beavers scored 30 runs on 43 hits, which included nine doubles and one home run.

“With our wins the past few days, it’s kept us even more determined to keep playing hard and the way we know how to play,” said junior Emma Kovalchuk, who was 7-for-9 against Geneva. “It felt great to contribute to the game and back up my teammates hitting as well.”

Kovalchuk collected a team-best six hits on Saturday. Among them were a double and a home run and she also scored seven runs and knocked in three more. Her home run came in the second inning of the second game after Geneva had pulled to within 5-3.

“I saw a great inside pitch and it felt amazing off my bat,” Kovalchuk said. “Going forward at the plate, I’m going to keep swinging the way I know how to and look for the pitches I want.”

Emily Lamos finished the doubleheader with six hits. She was 6-for-9 with three runs scored, two doubles, and she knocked in four runs. She also picked up the five-inning pitching victory in the second game after allowing three runs on six hits and struck out five.

Amanda Kolar, Delaney Keith, and Kelly all pounded out five hits at Geneva.

Kolar and Keith both were 5-for-9. Kolar scored eight runs on two doubles and she knocked in five more. Keith hit a pair of doubles and scored a run with five RBI.

Kelly was unstoppable at the plate as she was 5-for-5 with a double, one run scored, and four RBI.

“I treat my at-bats the same way,” Kelly said. “No matter the situation, I’m out there helping my team the best way I can.”

Megan Lehner finished the day with four this and Katie Ross and Kayla Bobeczko both had three. Ross also knocked in three runs.

Grace Fisher pitched a five-inning shutout in the first game. She allowed just two hits and struck out 11.