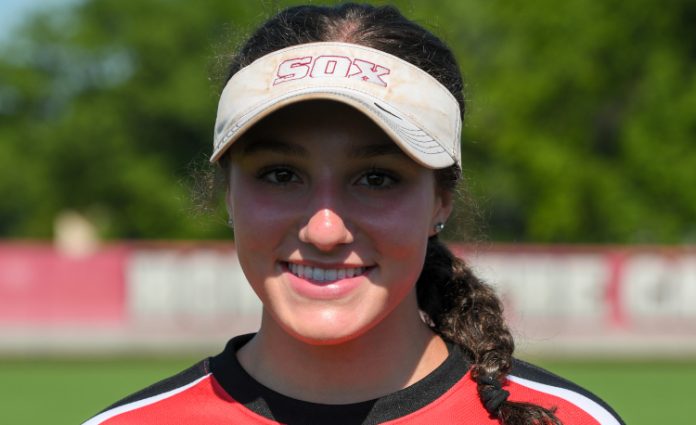 Bella Carcioppolo had quite a weekend in Springfield in leading the Vipers 18U team to a 4-1 record.

The Mentor graduate posted a .600 batting average (6-for-10) with a double and two triples, three runs scored, and eight runs batted in. For her efforts, Carcioppolo was named the Vipers 18U Player of the Week.

“I thought that I played pretty good,” Carcioppolo said. “My hitting was on point I’d say, and the rest of the team did really well too.”

The Vipers opened the Ohio Blast Father’s Day Classic with three straight wins in pool play and outscored their opponents, 29-7.

They opened bracket play with a 6-4 win over Velocity Fastpitch and then dropped an 8-7 decision to eventual champion Pgh Riot.

Carcioppolo had a lot to do with that success as she was effective in batting second and setting the table for the rest of the potent lineup.

She posted a .667 on-base percentage.

The Vipers are now 7-3 on the year with five players batting .500 or better.

“I think we’re coming together really well,” Carcioppolo said. “A few of us played together before and I’m pretty close with a few of the girls on the team, so our chemistry is already pretty good. Everybody is getting along really well with each other. There’s no drama or anything. We just get to play together and have fun.”

The Vipers travel to North Ridgeville on Saturday and Sunday to compete in the FSA State Championships at Victory Park.

They open the tournament against SS Express on Saturday at 11:00 a.m.