Berkshire makes its move at Boardman 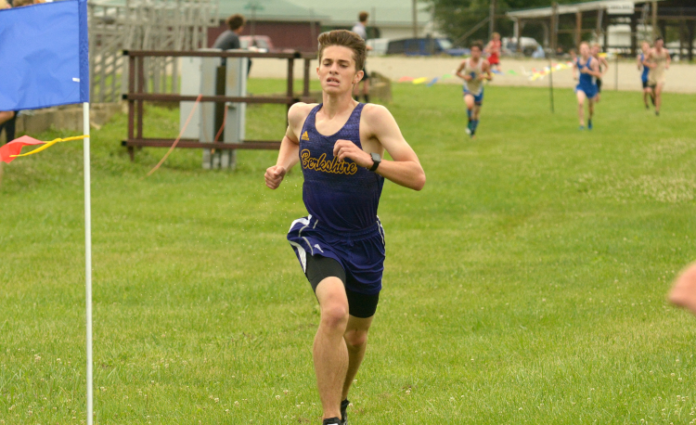 Berkshire’s cross country teams used ideal running conditions to test themselves on a challenging course over the weekend at the Boardman Spartan Invitational.

With seven of 11 runners setting new personal records, the Badgers passed that test with flying colors.

“After the race, seeing that everybody was improving, gives our team a better outlook for the postseason and the (Chagrin Valley Conference) meet,” said senior captain Jackson Hare, who finished 87th overall with a new PR of 18:58.

Hare was one of five Berkshire boys’ that trimmed time off of his previous best finish. He also ran a sub-19:00 5K, which was one of his season goals.

“It was very exciting,” he said. “I was very satisfied with my time because it was a goal I wanted to achieve this season.”

Hare and the Badgers hope to return to Boardman later this season for the regional meet and Saturday’s experience provided some much-needed inspiration to return thanks to the challenge the course presented.

“I think it helped a good bit but it was also one of the more difficult courses that we’ve run this year,” he said. “That shows I have the ability to do better on easier courses. There are some tougher hills to go up and some turns and things like that.”

Maitland Fuentes was Berkshire’s top finisher as she came in with a time of 25:26, good for 160th place. Mylee Klem set her new PR with a time of 28:24 and Miranda Kotowski crossed the finish line in 29:11. Tori Mantell closed out the Badger pack with a time of 29:45.