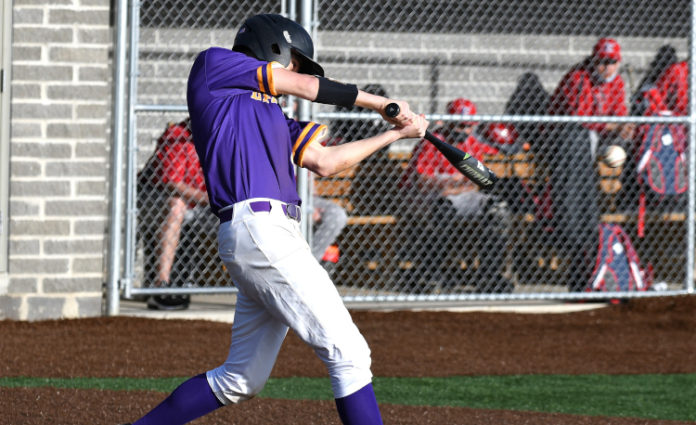 Berkshire opened the week with a season sweep of the Harvey Red Raiders that has kept the Badgers in the hunt for the Chagrin Valley Conference Valley Division title.

The Badgers beat the host Red Raiders on Monday, 26-0, and followed that up with a home win over Harvey on Tuesday, 16-4.

With the wins, the Badgers improved to 8-4 overall and 5-1 in league games.

“It is a great start to the week when you can shut a team out and keep them from getting a hit,” Bergmeier said. “It gives the team momentum going forward the rest of the week.”

An error and a hit batsman were the only two flaws in the five-inning victory as Bergmeier didn’t allow a hit or a walk and struck out six in facing the minimum 15 batters.

“My location was working well and being able to hit my spots and throw strikes was really useful to keep hitters on their toes,” Bergmeier said. “It helps knowing that my defense will consistently make plays for me when the ball is put in play and gives me confidence to not try to do too much and just rely on their abilities to keep us in the game.”

Chris Groudle led the offense in Monday’s game as he finished the day 4-for-5 with a double and a triple. He also scored three runs and knocked in three more.

Brian Brent and Bergmeier both finished the game with three hits. Brent knocked in a team-high six RBI.

On Tuesday, Jack Jacobs did it all for the Badgers.

He was 2-for-3 at the plate with a pair of doubles and he scored three runs and knocked in four more. Jacobs also struck out 10 in five innings of work.

“We were really just focused on getting our bats hot again and finding the will to compete,” Jacobs said of his team’s offensive performance. “If we did those things everything else would follow and good things were going to happen.”

“I was mainly focused on getting ahead in the count, hitting different spots, and letting the defense work,” he said.

“I am approaching my at-bats pretty confident,” he said. “I am normally going up there thinking hit the first fastball I see in the zone. While I am down in the count, I am not trying to do anything big, just put the ball in play and good things will happen.”

Blake Jenkins and Jake Brown also had two hits for the Badgers.