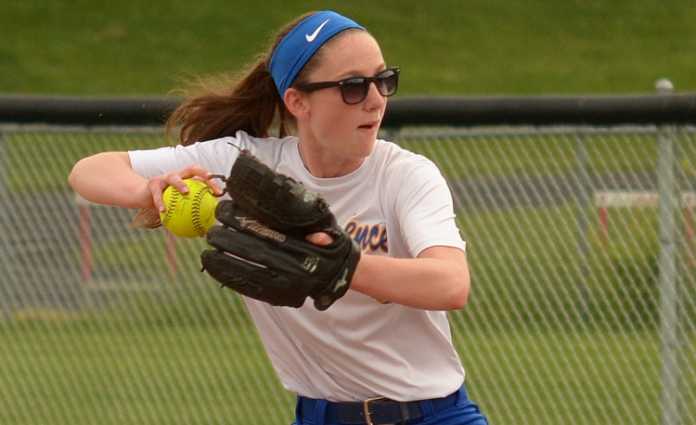 Independence scored runs in bunches to defeat host Cuyahoga Heights in a six-inning affair on Wednesday, 15-3.

The Blue Devils used a six-run third inning to pull away from the Redskins and added two more in the fourth and three runs in both the fifth and sixth innings to end the contest.

“Every year, the hype builds up for the Heights game so coming out with a win is always exciting,” Independence senior Olivia Pallini said. “It was really nice to see my teammates relaxed and confident going into a big game.”

Ashleigh Porter singled and scored on Morgan Pascarella’s single in the second inning to give the Blue Devils a 1-0 lead.

They scored six runs on four hits and a pair of errors in the third.

Alyssa Pallini doubled to lead off the inning and scored when Jenna Suhy reached on an error. Olivia Pallini reached on a bunt single and stole second to put runners on second and third with no outs for Sarah Piteo, who delivered with a two-run double.

Piteo scored on Porter’s second hit of the hit. Hayley Biondi laid down a sacrifice bunt to score Porter to give the Blue Devils a 7-0 advantage.

Suhy and Piteo both singled and scored in the fourth and Olivia Pallini hit a sacrifice fly. She added a double in the fifth and a single in the sixth to finish the day 3-for-4 with two runs scored and four runs batted in.

“I went up to the plate very loose and ready to make adjustments to every pitch,” Pallini said. “I knew I had to do my job in any situation whether it was a sac fly or a base hit single. “It felt great to be able to perform in crucial moments of the game. Seeing all of my offseason work pay off is always rewarding.”

Piteo and Porter also finished the game with three hits. Piteo pounded out two doubles and knocked in three runs. She now has four extra-base hits in her first nine at-bats of the season. She also picked up the pitching victory by allowing just two earned runs with four strikeouts in six innings.

“It seems that our team really builds off of each other,” Olivia Pallini said. “It’s not just one star player. It’s really nice to have great hitters, 1-9.”