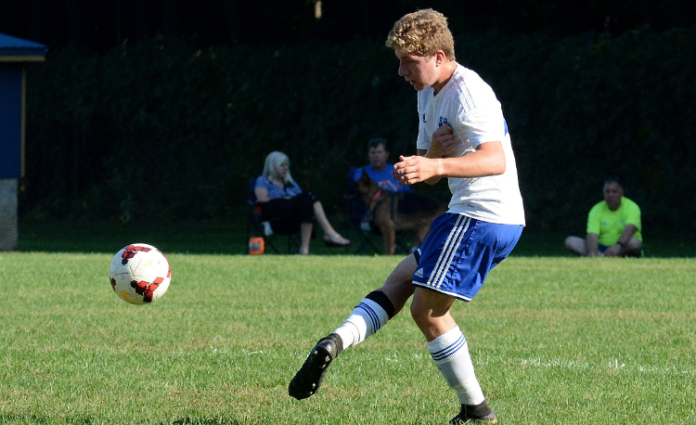 The Blue Devils, who improved to 18-0, will play Lake Ridge Academy in the district championship game at Cuyahoga Heights on Oct. 27.

“The boys are focused on winning their third straight district in their fourth appearance,” Independence coach Ryan MacRaild said. “We have been working on playing faster and being more effective in the final third. The boys are really working hard on both sides of the ball and finding success.”

Elek McDonald, Christian Streibel and Brad Watroba also scored for the Blue Devils. Casey McGhee and McDonald each recorded a pair of assists and Liebal finished with one.

“My first goal was created from good ball movement by the entire team and a great cross in that I headed into the back of the net,” Liebal said. “My second goal I just put the ball in past the keeper after Elek McDonald headed it from a great cross.”

“As a team, we have been playing really well all season and we have been improving even more in the playoffs so we have a lot of confidence and are excited to try to win our third straight district final,” Leibel said. “We are going to have to keep improving and playing at the top of our game to beat Lake Ridge Academy and get back to regionals.”

Independence and Lake Ridge Academy met during the regular season with the Blue Devils coming out on top, 8-0.