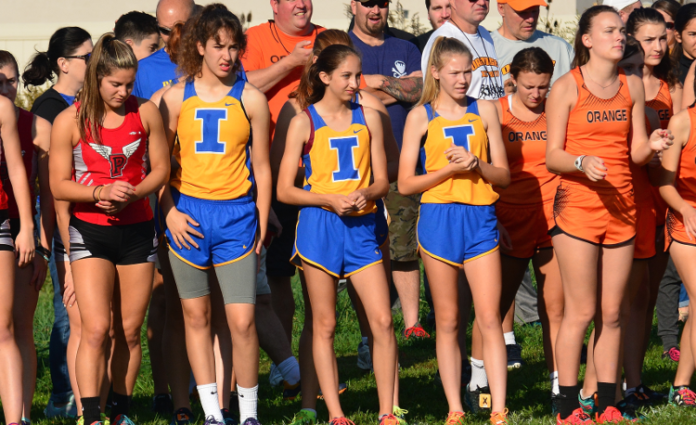 The Blue Devils will compete with a solid core of returning runners and plenty of newcomers that will provide the squad with quality depth.

Leading the way for the girls’ team is sophomore Makenna McGhee, who finished sixth at the Chagrin Valley Conference meet, fifth at the Medina District and 17th at the Boardman regional. McGhee holds a personal record time of 19:44.

“Makenna was the Blue Devils’ top female runner last season,” said Independence coach Craig Polman. “Emily had a strong sophomore season. Izabell is in her second season of cross country running and has displayed a tendency to get better each week. Erica joined the cross country team mid-season last year and while placing in our top five runners in most meets, should be much improved this fall with a year of racing under her belt.”

“Sonia has had much success running CYO cross country the past five seasons and should easily meld into our top five this fall,” Polman said. “Gabby is a very talented freshman runner and will help our team if she is able to stay healthy this season. Samantha has participated in middle school cross country in the past and could surprise some people this fall if she puts in the work. Jordan is new to running cross country and will provide the team with more depth this year.”

“The leadership (Thorin Chappel) provides is valuable to this relatively young team,” Polman said. “P.J. was the Blue Devils’ top male runner last season earning second team All-CVC recognition and placing 26th at the Medina district meet. Collin ran well early last season but struggled due to injury late in the year. He ran 4:50 in the 1600 meter run as a freshman and could be a top 10 runner at the conference meet this season if he is able to build his mileage to an appropriate level.”

“Wyatt rejoins the team after missing last season due to injury,” Polman said. “Brandon will be racing more regularly this season with the cross country team in addition to his soccer playing. Malcolm will add depth to the boys’ team and could improve significantly if he builds upon his limited training during his middle school years.”