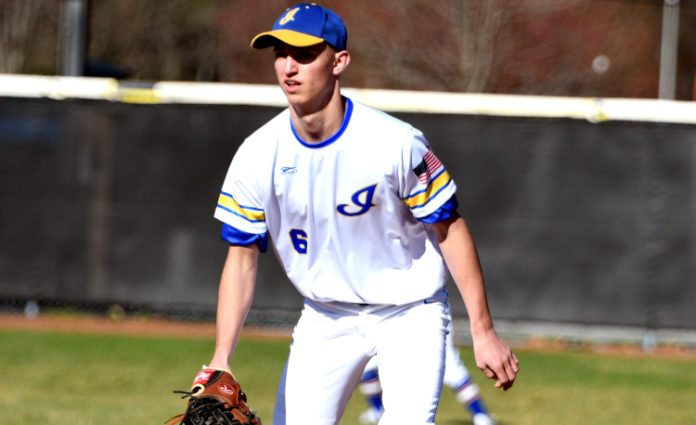 Ashton Lerz knocked in three runs and Casey McGhee picked up his second pitching victory of the season as Independence beat Brooklyn on Wednesday, 15-5.

With the win, the Blue Devils improved to 4-0 with two conference sweeps under their belts and have outscored their opponents, 52-10.

“We’re pleased with the way we’re approaching our plate appearances,” said Independence coach Jim Crooks. “The guys are seeing the ball well, we’re driving extra-base hits, and we’re running the bases very well. That combination has been really potent for us the first two weeks of the season.”

Independence opened the season with 8-1 and 10-4 wins over rival Cuyahoga Heights. The Blue Devils waited a week for their next game but show no signs of rust in beating Brooklyn, 19-0, on Tuesday.

“This is a high-caliber group of guys that are playing baseball pretty much all year round,” Crooks said about overcoming the week off. “This is the result of guys who are dedicated to the sport 12 months out of the year. That’s what we have and we’re blessed to have that at Independence.”

Mike Andryszczyk, Connor Blum, Ashton Lerz, and Rory Corrigan all had three hits in the series against Brooklyn.

Lerz and Corrigan have been among Independence’s top hitters all season and several other players have contributed in the clutch.

“They’re continuing to stroke the ball,” Crooks said of Lerz and Corrigan. “Casey McGhee has had two great performances on the mound in two consecutive weeks. We have some young guys that are playing well. Cy Jolliffe and Mike Andryszczyk are among the team leaders in hitting. The young guys are really stepping up. Connor Blum is showing his leadership as a senior four-year starter at shortstop. Jack Corrigan is a senior. He’s really barreled up the ball at the plate since the start of the season. He’s had some great plate appearances and has been a big part of our offensive production.”

They’ll be tested next week in a conference series against Lutheran West. First, they’ll travel to Normandy on Friday.

“We expect that to be a battle but we’re going to be prepared for them,” Crooks said.

Blue Devils shake off the rust in win over rival