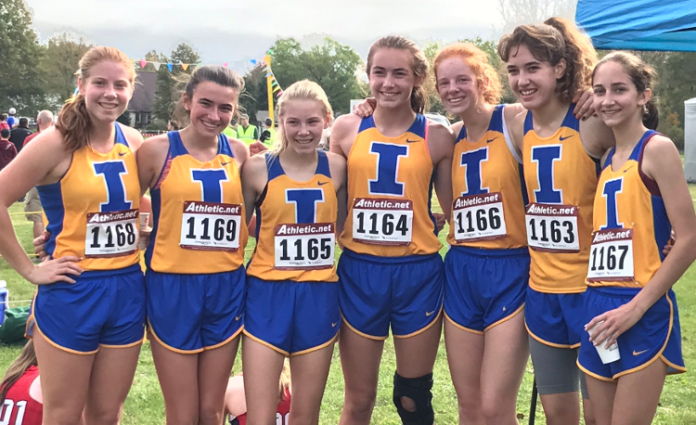 The Blue Devils made up for it with a second place finish at the Division III District Cross Country Meet at Ella Canavan Elementary School in Medina on Saturday.

“It was a great day for us,” said Independence coach Craig Polman. I don’t know if it was totally unexpected because it was first day we were at full strength this season, but I was surprised at how solidly we finished in second place.”

Gilmour won the meet with 22 points. The Blue Devils finished second with 82 and Smithville rounded out the top three with 112 points.

Freshman Makenna McGhee, who scored one of Independence’s goals in a 2-1 upset win at Grand Valley in a sectional championship game on Thursday, added to her big week with a fifth-place finish at the district.

“It is awesome to see both the teams I play for advancing in the postseason,” McGhee said. “The soccer and cross country teams both improved so much from the start of the year to the end and it’s cool to be a part of it. Our team ran very well on Saturday. We had everyone racing and performing well. Everyone has been working hard and it was good to see the hard work pay off at the meet.”

“One of the most impressive performances of the day came from Emily Skoczen,” Polman said. “She ran her best time of the year by far. I don’t think it really equated to that many places in the positioning of runners at the district meet, but that was her best meet of the season.”

Freshman Paige Westerburg, another member of the soccer team, ran her first meet of the year, which helped the team advance to regionals.

“She’s been hurt so she has focused on soccer,” Polman said. “She came out and did about what I expected out of her in her first race of the season. She’s better than what she showed on Saturday but she definitely gave us a lift and made all the other girls on the team run better.”

Sophomore Josie Lee also ran her fastest time of the season as she finished 28th with a time of 22:20.