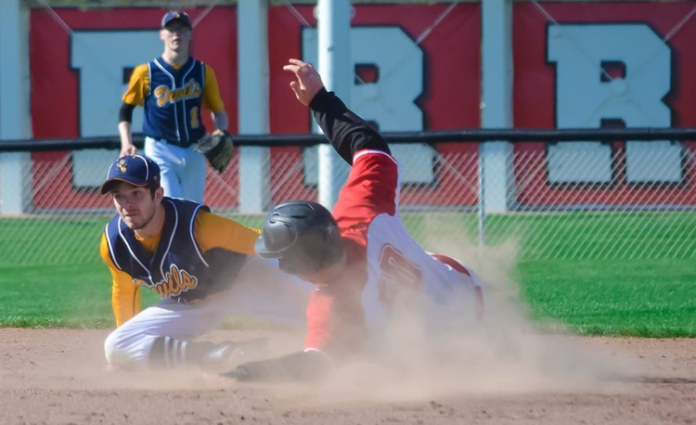 Wickliffe enters the 2019 season in good health and with more depth than in year’s past.

That leaves the Blue Devils well within reach of their goals for the season.

“Our goal is 15 wins and winning our sectional,” Wickliffe coach Phil Motta said. “We have some returners that received valuable experience at the varsity level last year. We will need our less experienced pitchers to step up and compete. We don’t have any overpowering pitchers and with pitch counts you need guys to be efficient.”

The Blue Devils return six starters from last year’s squad, which will provide the core for this year’s team.

They also get a boost from the return of junior shortstop Evan Rypinski, who missed all of last season with a labrum injury.

Senior Jonny Abramczyk and classmates Nick Colbert, the second baseman, and Tommy Shirer, who will play third, are the team’s leaders, on and off the field.

“Three individuals that could really impact our team are Nick Colbert, who is a key in the top of the order,” Motta said. “Jonny Abramczyk, who could be one of the better defensive centerfielders in the area, and Tommy Shirer, who will be our No. 1 pitcher this season. He is going to log a good deal of innings and will have to compete on every pitch, stay within himself, and trust his defense.”

Juniors round out the projected starting lineup.

Jimmy Overberger is behind the plate, Loudan Braun will play first and Robby Hillyard and Mason Pugh are in left and right field, respectively.

Freshman Calvin Cackowski provides depth behind the plate and senior Justin Metsker will play a role for the Blue Devils this spring.

“We definitely have more depth than last season,” Motta said. “We were very young last year; we can actually go to the bench for a pinch runner this season. Guys will be pushed by their teammates due to the increase in numbers. I think we are healthier overall than last year. Evan Rypinski returns from injury after missing all of last season and Jonny Abramczyk missed the second half.”

Shirer, who will play at Clark State Community College, anchors the pitching rotation.

Wickliffe’s team strengths center around the depth and the fact the Blue Devils have played together for so long.

“They have practiced incredibly hard in the preseason and many dedicated themselves to becoming stronger in the offseason,” Motta said. “Another strength of our team is that our players respect the game and respect their opponents. Finally, our team is versatile in that we have guys that can play multiple positions.”

The Blue Devils will have to rely on that versatility, especially when it comes to the pitching staff.

“Pitching depth is always an issue for smaller schools because of the pitch count rule,” Motta said. “When we make a change, it often impacts three positions. Larger schools have bullpens, middle relief guys, and a closer. It’s the world we live so we will need to be smart.”

If the Blue Devils can find consistency at the plate and on the hill, their goals are well within reach.

Rangers bounce back against Kenston