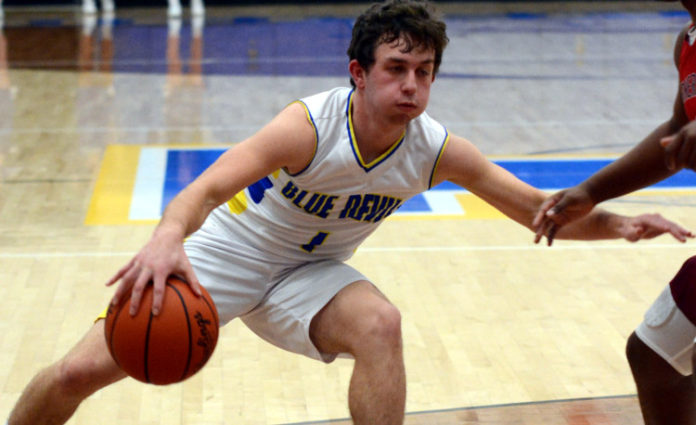 Independence hadn’t played a game in nearly three weeks but that didn’t hurt the Blue Devils as they rode a stingy defense to a 59-40 win over visiting Trinity on Friday.

The Blue Devils allowed just three first-quarter points and 14 in the first half.

“I thought we set the tone defensively,” said Independence coach Kyle Johnson. “There was a stretch there where we had eight out of 10 defensive stops to start the game. We were contesting shots and keeping guys in front of us. It was exciting to see, especially since we haven’t played since Dec. 19, so it was good to come out crisp and to set the tone from the get-go.”

With its defense shutting down the Trojans, Independence was turning loose balls into transition scoring opportunities.

That led to three players scoring in double figures.

Kyle Zygmunt and Aidan Cojohn both scored 12 and Eric Mitrisin pitched in with 11 points.

“It started on the defensive end but offensively, we did a nice job sharing the ball and running our sets and then getting out in transition,” Johnson said. “We always talk about getting stops on defense. You can’t control whether your shot is going to go in on the offensive end but we’ve been really stressing on keeping the ball in front and contesting every shot and I thought we did an excellent job of that. That’s what good teams do. We’ve got to continue to do that.”