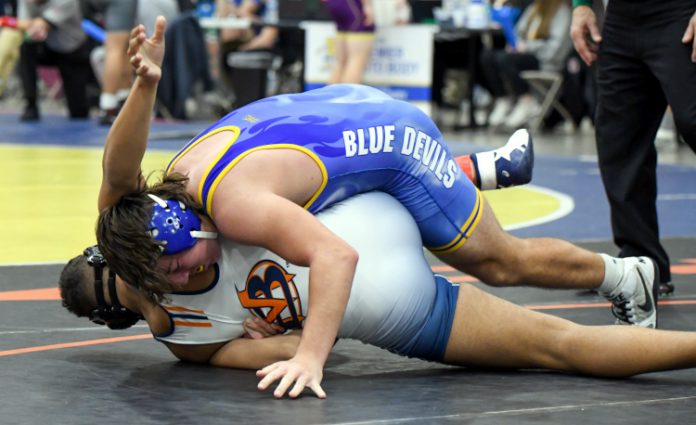 Independence’s wrestling team showed improvement during the first day of the North Coast Classic on Friday at the Independence Fieldhouse.

Nine out of 10 Blue Devils won at least one match during the preliminary rounds.

Freshman Charlie Puklavec opened his high school career with a win at the Hawken Invitational Tournament last weekend. On Friday, he won four of six matches at 132 pounds.

Rory Corrigan closed out the first night with a 3-1 record at 215 pounds.

He found himself in a precarious position in his tournament-opener when Berea-Midpark’s Isaiah Simmons threw him to his back for an early 5-0 lead. Corrigan later trailed 10-3 before flattening Simmons in four minutes, 21 seconds.

“I was super impressed with Rory,” DeAngelis said. “He just keeps wrestling hard and is never out of a match. He fought back from a deficit in several matches and set himself up to be in the gold bracket on Saturday.”