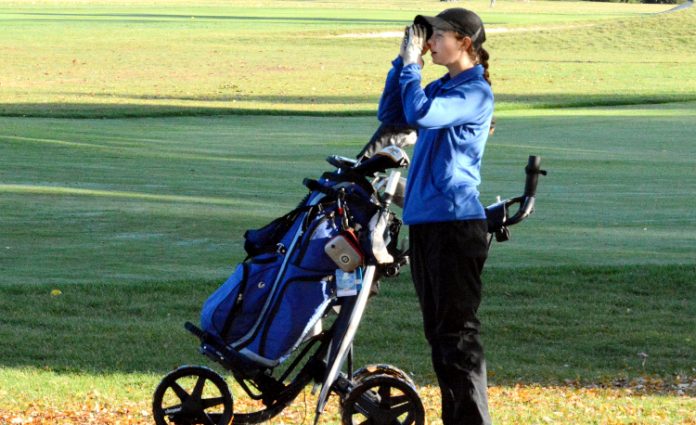 Independence’s girls’ golf team continued its dominance in league play with a 182-213 win over host Lutheran West at Red Tail Golf Club in Avon on Tuesday.

Led by Molly McGreal, who carded a match-low 42, three Blue Devils shot 43 or better in the win.

“Being able to rely on my team to consistently shoot well relieves pressures on me,” McGreal said. “I love watching the younger girls get better and better.”

McGreal has been among Independence’s top golfers all season.

Despite her success, she knows she can still trim a few strokes off of her game.

“I wasn’t completely satisfied with my round,” she said. “There is always something that I know I can improve on. (Against Lutheran West), that was my putting.”

Emma Konopa and Hillary Esper both finished the round with a 43 while Kate Coljohn closed out the scoring with a 52. Macey McGhee (53) and Adriann Buyansky (54) also competed for the Blue Devils.

With each match, the young Blue Devils gain valuable experience that McGreal hopes pays off with a deep postseason run.

“The biggest thing that will help the newer girls is experience,” she said. “Being in different situations, good or bad, will definitely lower their scores. The team this year is just inexperienced; soon enough, we will be shooting even lower. This year is a building year, who knows what we will accomplish next year.”

September 6, 2019
Independence defeated Chagrin Falls at Tanglewood Golf Club on Thursday, 170-187, and now needs a strong finish at the postseason tournament to win the league.

Independence scores five in second half to beat Wickliffe