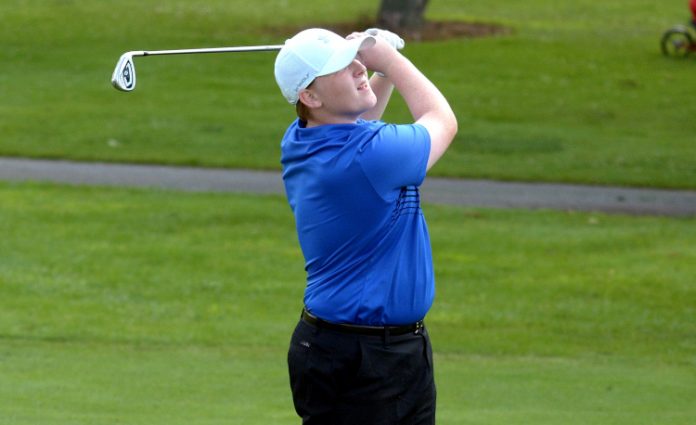 Three Independence golfers shot 38 or better in a 152-169 win over visiting Wickliffe at Shawnee Hills Golf Course on Wednesday.

With the win, the Blue Devils improved to 3-0 in Chagrin Valley Conference play.

“Mostly hard work,” said junior A.J. Marcinko. “Everyone is practicing almost every day and I think that hard work transferred over well today.”

Mark Pillar claimed medalist honors with a 36. Charlie DeCapua carded a 37, and Marcinko finished with a 38. Sam Coddington closed out the Independence scoring with a 41.

For Marcinko, the lower score was much needed after a few inconsistent rounds to start the season

“In all honesty, I have no idea,” he said when asked what has led to his uneven rounds. “I have the same mentality and same work ethic. I’ve just been really inconsistent recently. I’m just happy I helped out the team today and hopefully, I can do the same every day.”

With his first sub-40 score of the season, Marcinko hopes to build off of the round to sustain that success.

“It definitely helps, but it was only one round,” he said. “I need to be more consistent, and so far this year, I haven’t done that.”