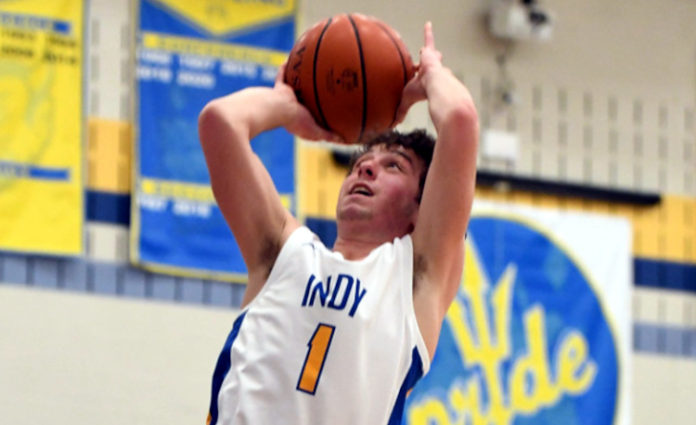 Adam Miklovic scored 12 points and nine other Independence players scored in a 56-34 win at Brooklyn on Tuesday.

With the win, the Blue Devils improved to 11-8 overall and 6-4 in the Chagrin Valley Conference Metro Division.

“We had 10 guys score tonight,” said Independence coach Kyle Johnson. We came out with a little bit of toughness and more effort tonight. That was something we preached yesterday at practice and we came out and really battled all night.”

After the first quarter ended in a 9-9 tie, Independence cranked up its defense and went on to score 22 points in the second quarter to lead 31-12 at the break.

“We started throwing out more traps and being more aggressive,” Johnson said. “Those traps in the second quarter really got us going and got us easy looks. They had just three points in the second quarter. We were able to get some steals and easy layups and that led to more confidence for our team and more confidence in our shooting. That’s kind of what changed the game.”

Casey McGhee, who scored nine points, drained a pair of 3-pointers in the second quarter to help spark Independence’s offense.

“It was a team effort tonight,” McGhee said. “We all had to play together with confidence. On offense, we did a good job attacking their zone and finding each other.”

“As a team, we were very unselfish tonight and created open looks for others,” McGhee said. “Eric did a great job attacking the middle and then finding the open shooters when the defense collapsed.”

The Blue Devils travel to Berkshire on Friday.