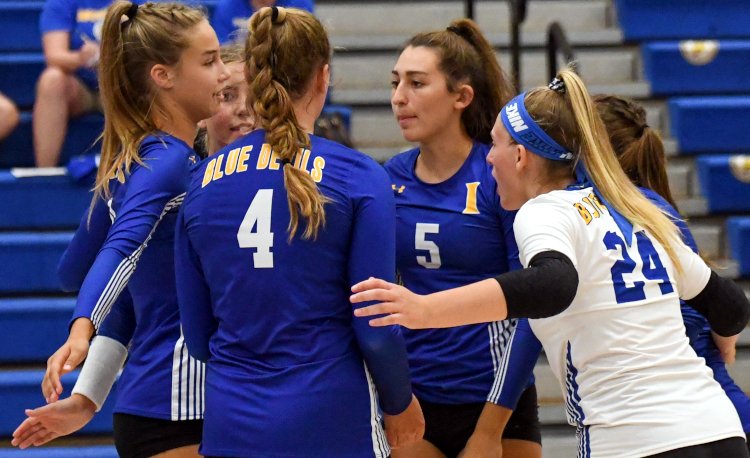 “We got better today by beating a high-quality team,” said senior Macy McNamara. “Trinity brings a high-power attack from the outside and serves aggressively, so this will help us when we face our tough non-conference schedule.”

Independence relied on a tried and true method to energize its offense.

Senior setter Abby Avila was masterful in distributing the ball to her hitters. Aubrey Anders and Gracie Taliaferro both were extremely effective in the middle.

“We were able to pass well tonight which allowed Abby to distribute the ball to our middles,” McNamara said. “They both took advantage of their opportunities to put the ball down.”

The Blue Devils also dominated in setting their block and keeping the ball of the court on their side of the net.

“Our blockers had great touches at the net to slow the ball down which put our defense in a great position to pass balls to target,” McNamara said. “The defense played with intensity tonight, which helped us seal a big conference win.”