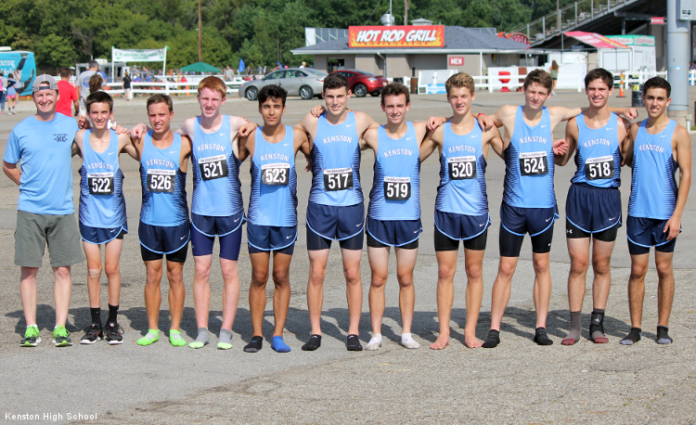 The Bombers, who have won the Western Reserve Conference in each of the past three seasons, got off to a great start by finishing third at last weekend’s OHSAA invitational.

Senior Jakob McConnell finished sixth overall with a time of 16:27. The two-time Division I state qualifier enters the season with a personal record time of 15:50.

“(McConnell) had a disappointing state meet,” said 12th-year head coach Chris Ickes. “(He) will be one of the top athletes in Ohio. We have high goals for him. (He’s) running more miles and faster than ever.”

“David put in the hard work,” Ickes said. “He will be in our top two or three runners. I’m very impressed with his desire and goal setting. (He’s) likely our team’s most improved runner.”

McConnell also set a new PR last weekend with a time of 18:30.

“Garrett will take a big step forward in 2018,” Ickes said. “He is more confident and the completive fire is developing. He could be a great surprise for us. He’ll likely be sub-17 very quickly.”

“Our entire sophomore class has made leaps forward,” Ickes said. “Any one of these three can be under 17 in Week 1. Our team’s continued success will depend on this class. We’re continuing to develop a mindset of excellence.”

Kenston’s depth could push this team to challenge the 1983 squad that won the Division II state title as the best in school history.

The Bombers, who finished sixth last weekend, have the depth to create intra-squad competition, which could lead to even better times and more success this fall.

Junior Jordan Knapp previously qualified for the state tournament and could push for a spot in the top five and senior Kyle Silk has twice run at the state meet.

“He’s a real X-factor,” Ickes said of Knapp. “If he puts it together, watch out.”

Ickes is in his second season coaching the Bombers’ girls’ team. They finished second in the WRC last fall and enter the 2018 season with a strong top four and more competition within the squad.

“Ellie is stronger,” Ickes said. “She has been in our program for one full year and should take a leap forward this fall. Her attitude is great. She’s hardworking, highly competitive and at her best in big meets.”

Senior Kate Taylor is in her first season of cross country but has the potential to be among the area’s best runners.

“Kate is an excellent competitor and a hard worker,” Ickes said. “It is her first cross country season but she shows great promise. She’ll learn a lot early but she’s intelligent and will adapt quickly. Watch out in October.”

Freshmen Jocelyn Van Shyhock, Jenny Kapcio and Katy Klotz are ready to make their mark on the program.

“The freshmen trio of Jocelyn, Jenny and Katy will be counted on early,” Ickes said. “They are positive and encouraging. They bring a lot of energy and enthusiasm and will help the team right from the start.”

Seniors Samara Benza, Brooke Mack, Emily Hall and Arianna Iosue and sophomore Kate Haynes, as well as a host of others, will provide the depth for the Bombers.

Hall returns after missing her junior season with an injury. Haynes is pulling double duty as she also plays soccer. Iosue suffered an injury during the spring track season but is ready to compete this fall. Mack ran at the No. 2 spot during stretches of the 2017 season.