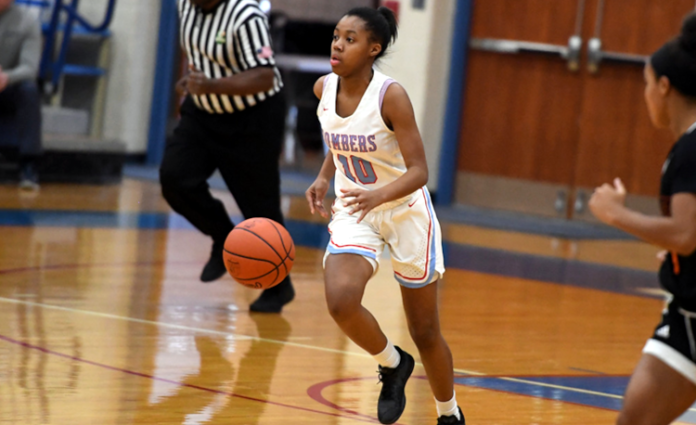 Kenston returns three starters and several others with varsity experience from last year’s squad that finished 14-9 overall and 9-5 in the Western Reserve Conference.

Fourth-year head coach John Misenko is excited to see what his young and inexperienced team can do this season.

“I am excited to coach this team,” he said. “We will play hard and unselfish and I am looking forward to seeing us grow.”

While the Bombers are relatively inexperienced and will have several new faces in the lineup, Misenko hopes to use that inexperience as a strength as opposed to a weakness.

DeJarnette finished the year averaging 16 points per game with four assists, four rebounds and three steals per contest. She also was named All-WRC and second-team All-District.

“I think Catara is one of the best players in Northeast Ohio and maybe the state,” Misenko said. “She is a smart player who plays hard and she is one of our leaders. I am glad she is on my team.”

Haynes, a 5-foot-10 guard/post, averaged six points, six rebounds, 1.5 assists, 1.5 steals and one block per game last season while Smith, a 5-foot-9 guard/post, scored four points per game to go along with 2.5 rebounds per contest.

“I think Kate is one of our most versatile players. She can play any position on the court and is a team leader. I am looking forward to her having a good season,” Misenko said. “Ramsey is one of our most athletic players. She has the potential to be a great player. This season is a tremendous opportunity for her to show how good she can be.”

Seniors Micayla Paglia and Molly Hubert round out the projected starting lineup.

Paglia is a 5-foot-5 guard while Hubert, who missed last season with an injury, is a 5-foot-10 post.

“Micayla is an extremely hard worker and has taken on a huge leadership role for us. I’m expecting her to play well this year,” Misenko said. “I am looking forward to see what Molly can due this year since we were without her last year. She plays hard, which you can’t coach.”

If the Bombers can play with intensity each night while relying on their unselfish play to better serve the team, then they will be well on their way to achieving their goal of competing for the WRC title and making a deep run in the postseason.