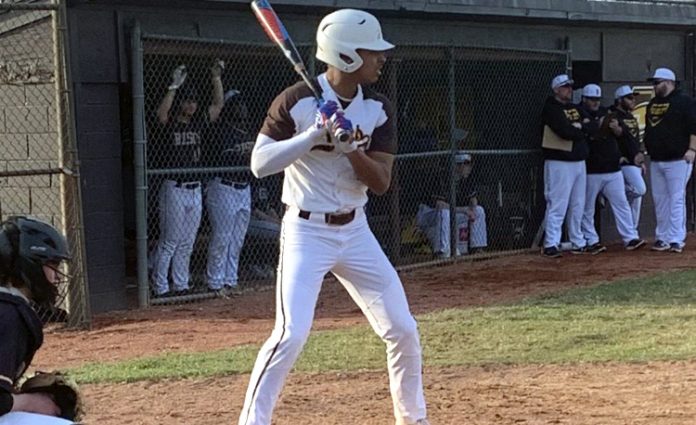 This spring, Brush will play an independent schedule leaving the Arcs with a different mindset than in past seasons.

Rather than shooting to win a league title, the Arcs instead will focus on preparing for a deep postseason run this spring.

“Not competing in a conference has a different feel to it this season,” said Brush coach Brett Munn. “Rather than getting geared up for three conference games a week, we are now putting all of our effort towards getting better each day to make a run in the playoffs. We will still be playing a lot of familiar opponents this season and are making a spring trip to Myrtle Beach. That high level of competition will help prepare us for postseason play.”

With those five starters setting the tone, Munn is confident the Arcs will continue to improve throughout the season.

“My expectations are that we continue to get better each week,” he said. “Our main focus will be to work on the little things each day, which should lead to consistent baseball day in and day out. Our goal is to play clean baseball, limit walks, and manufacture enough runs so that we can consistently compete in every game we play in.”

Jones, a senior, committed to Ohio State after his freshman season and has been a thorn in the side of opposing teams over the past three seasons.

“Andrew will once again hit leadoff and more times than not, will be at second base with less than two outs in the first inning,” Munn said. “Dimario Ballom, Sean Miller, and Isaiah Smith will hit two through four and all can drive the ball gap-to-gap, so we have some real potential at the top of our lineup.”

Ballom, a junior, is second in the rotation. He struck out 30 batters in 22 innings last season. Smith, Damari Williams, and Dylan Taylor also will throw their fair share of innings.

When he’s not pitching, Ballom will play third base. He hit .375 last season with 28 runs scored, seven doubles, and 13 RBI. Isaiah Smith will see some time at third base as well.

Senior Ababacar Seck will play first base for the Arcs.

Taylor and freshman Jelani Carr are competing for time in left field. Senior Cam Stovall is battling an injury but will provide depth at the position when he returns.

Sophomores Robert Hill and Quinlan Stubblefield are projected to start in center and right fields, respectively.

Luke Young will play a utility role for the Arcs this season as he can catch, pitch, and play second base or in the outfield.

“Our overall team depth is probably one of our biggest weaknesses this year,” Munn said. “We have some guys off the bench who are capable of contributing when called upon but we need to stay healthy in order to give ourselves the best chance to be competitive. We will also have three new starting outfielders, so they will need to adjust to the caliber of varsity baseball quickly in order for us to be successful. Senior Cameron Stovall started in left field last year but will start this season on the injured list. He is expected back in late April and will supply veteran leadership to the young outfield group.”

Despite that lack of depth, Munn is confident the Arcs have the talent to achieve their goals.

“Our pitching staff needs to stay healthy in order for us to be successful this season,” Munn said. “We have two top-of-the-line starters and a bunch of capable arms behind them and if they stay healthy and pitch up to their potential, then we will be in a lot of games. Additionally, our top players will need to carry the load, especially early in the season. Andrew, Dimario, and Sean will need to shine if we want to win some games early in the season until the others catch up with the speed of the varsity game.”