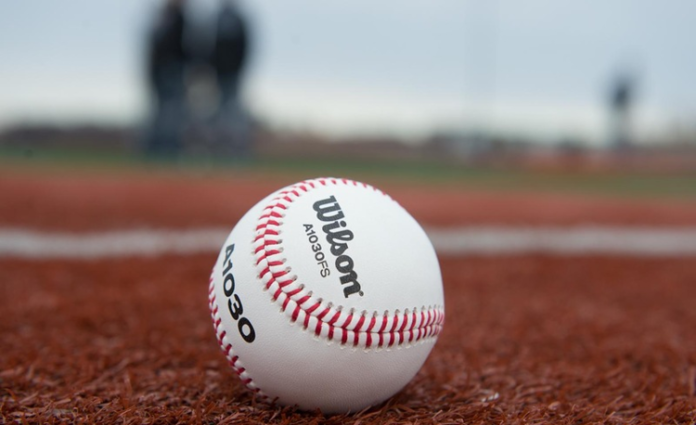 Not unlike every other area team, Grand Valley’s baseball team had its 2020 season wiped out by the Coronavirus.

The Mustangs have plenty of unknowns this season but head coach Matthew Brumit isn’t treating this season any differently than in past years.

“In my opinion, I don’t think it is any harder than normal,” Brumit said. “You are missing some data from 2019 to 2020, but I feel that you just have to give some chances to players early on for them to prove their production.”

Grand Valley finished 15-7 overall and won the Northeastern Athletic Conference in 2019. The Mustangs return two starters from that squad as they make the jump into the Chagrin Valley Conference Valley Division.

It may take some time for Brumit to finalize his starting lineup, but he has plenty of options.

“I think compared to other teams that we will play this year, each has similar situations,” he said. “Building depth does come with game experiences. I think that we have had a number of players play some high-quality summer baseball to make that jump to varsity baseball. The biggest challenges are some of the unanswered questions we have once game situations occur. We are going to be using a multitude of different players to complete games early in the season.”

Jackson, a senior who will continue his playing career at Ohio Northern University, will pitch and play in the outfield. Hejduk, a junior, will play shortstop, catch, and pitch.

“(Derek) is the seasoned vet, having lettered both his freshman and sophomore years. He has been a part of two quality teams and understands what it takes to have a successful high school season,” Brumit said. “Hagan is a very versatile player with varsity experience his freshman year. Hagan is dependable with both his stick and glove. I believe Hagan’s biggest attribute will be on the mound this season.”

Juniors D.J. Webb and Dane Sparks also will be counted on to lead the team, especially early in the year.

Webb will start at third and pitch while Sparks will play left field and pitch.

“D.J. has been playing serious summer ball for quite a while and will bring that experience to the varsity team. He has a great glove and swings the bat with strength,” Brumit said. “Dane is very explosive given his tremendous hand speed, which is complemented by a strong lower half. Dane will be used in many different roles on defense this year making us better on the defensive side of the ball.”

Senior Chase Cottrell is projected to start at first base and classmate Trevor Meeker will see some time at designated hitter along with junior Andrew Verhas.

Juniors Zach Hall and Will Seger will catch and play right field, respectively, and sophomore Casey Turner will start at second base.

“This year, I believe that our strengths will be a deeper pitching rotation, especially as we progress into the season,” Brumit said. “As arm strength increases, pitch counts will also continue to increase. We will just adapt as we look at data from each game. I am also really confident that we have some good hitters that will be great and some average hitters that will become good with some game at bats.”

Grand Valley’s defense is a work in progress but Brumit is confident the Mustangs will continue to make progress as they gain more experience and confidence.

“I would say that we have some defensive weaknesses on our team,” he said. “The great news is that many defensive shortcomings are made up quickly in doing some extra work and getting as many reps as you can day in and day out. This preseason has especially helped with the nice weather.”

Once the season starts, the Mustangs will be forced to focus on the fundamentals and play each game with a high level of intensity.

“Our team’s expectations are to play each game with consistency and passion,” Brumit said. “We want to do the simple things correctly and limit all mistakes that we can based on controlled circumstances and situations. The team wants to have fun and win ball games. We must have rolling plains as opposed to peaks and valleys. Our team must eliminate giving away extra bases and take advantage of the extra bases given to us by other teams’ mistakes. But, staying consistent is key to our success this year.”