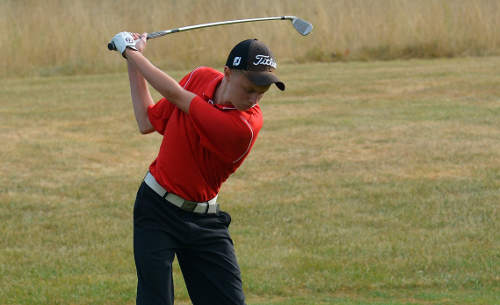 Cardinal closed out its 2015 Chagrin Valley Conference schedule with a 169-193 loss against host Berkshire at Pleasant Hills Golf Course on Wednesday.

The Huskies ended the league part of their schedule with a 3-3 mark.

“Not one of our golfers played a solid round from start to finish,” said Cardinal coach Greg McCandless. “We had a couple in Danny Knippenberg and Geno Argento that had some good things going, but were derailed by a bad hole or two.”

Knippenberg led the Huskies with a 46 while Argento finished with a 47. Tyler Carroll and Alex Almy both carded a score of 50.

Berkshire’s Jarett Smetana shot a match-low 39. The next four low scores also came from the Badgers as Sam Fisher and Forrest Kuchling both shot 43, Stuart Horvath finished with a 44 and Miles Chapman closed out the round with a 45.

“I think you just have to tip your hat to Berkshire today,” McCandless said. “They always seem to play well at home and Coach (Dave) List had them ready to go. They played really well. The fact that the top five scores all came from Berkshire shows that it was a pretty dominating performance.”

Cardinal returns to action on Monday when they travel to Pine Ridge Country Club to play Wickliffe. The Huskies then play Kirtland and West Geauga in a tri-match at Fowler’s Mill on Thursday.