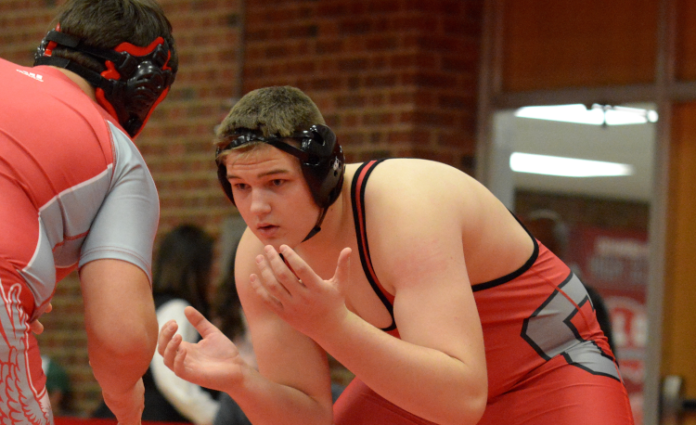 The Huskies swept the night by defeating both the host Tigers, 45-30, and Willoughby South, 36-27.

“That was a great night,” Cardinal coach Jeff Zeigler said. “It was like the old days. We bumped people around to get good matchups so a lot of them wrestled over their head–upper weights–but we did really well. The team came together and it was exciting in the gym. It was a good night.”

Michael Wojtasik finished the night 2-0 with a pin and a forfeit, Austin Strever, Trevor Bachna and Andrew Tucholski each pinned their two opponents and Jerry Rose won by fall and decision. Cameron Corrao also went 2-0 with a decision and a forfeit. John Avalon recorded a pair of forfeits for the Huskies. Josh Ripley went 1-1.

“Everybody tonight had some good matchups. They were beneficial to us and we won a lot of matches. It’s a great shot in the arm for our team,” Zeigler said. “My younger guys came through winning matches. Tucholski really pulled it out for us. He was losing the whole match and ended up pinning a Chagrin kid.”

Alex Maciech, Jonathan Mares and Sam Partain all recorded pins for the Tigers and Michael Moissis added a forfeit.

Huskies gear up for postseason with strong finish at Orange

Berkshire, Cardinal square off in 87 Rumble