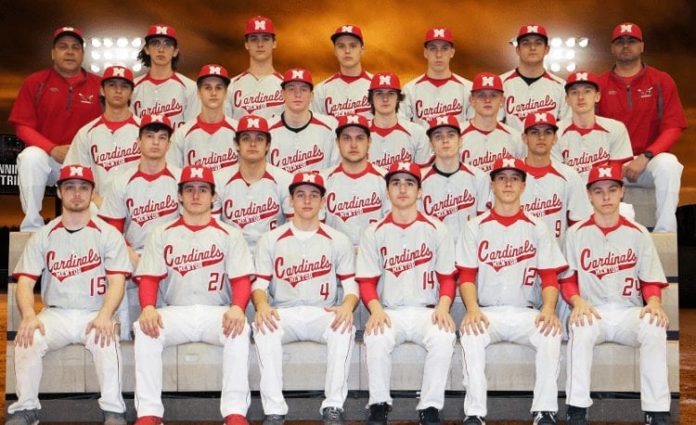 Mentor opens the 2019 season with six returning starters from last year’s team that went on to win the Division I Euclid District.

“I really like the team chemistry we have and with the new additions, we are a much deeper team than we have been in the past,” Mentor coach Jeff Haase said. “If guys play to their potential, who knows how far we can go.”

Mentor closed out the year with a 17-9 record, which included a 9-5 mark in the Greater Cleveland Conference.

The Cardinal earned the No. 2 seed in the Euclid District and defeated both Madison and South on the way to upsetting No. 1 Mayfield in the district championship game.

A 3-1 loss to eventual regional champion Medina Highland ended the Cardinals’ season in the regional semifinals.

Leading the way for Mentor is two-year starter Matt Sabin, a senior third baseman who is a returning all-conference performer and captain. Sabin already has committed to continue his education and baseball career at Baldwin Wallace University.

Junior Andrew Witte is slotted to play shortstop while sophomores Eric Coode and Hal Walker round out the projected starting lineup at catcher and first base, respectively.

“We have depth and a lot of guys capable of giving us big innings on the mound,” Haase said.

Mentor’s pitching staff includes a pair of college-bound players in Chad Rogers, a junior who has committed to play at Penn State, and John Poppy, a senior Lake Erie College commitment.

With depth, both in the field and on the mound, versatility and team speed, the Cardinals are poised to make another long postseason run.

Blue Devils get defensive in win over Wellington