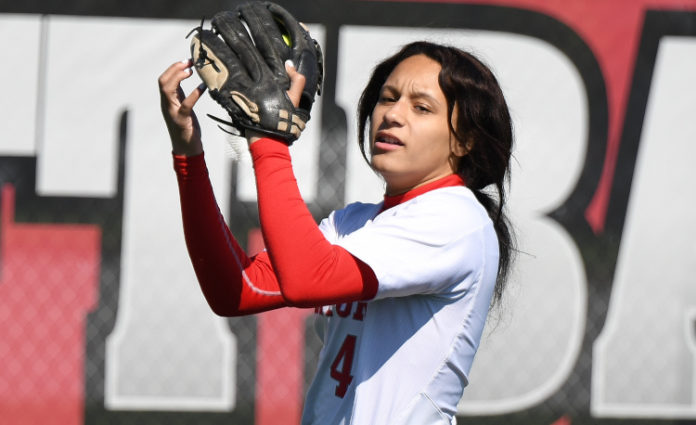 Mentor closed its season with a 7-0 win over visiting Brunswick on Friday.

With the win, the Cardinals finished the year 18-6 overall and a perfect 12-0 in conference play.

“We were excited when we won the conference, but then made another goal for ourselves and that was to be undefeated in conference play,” said Mentor coach Jo Bondra. “The team came locked in each and every day in order to achieve that goal. The seniors definitely left their mark on this program.”

On top of dominating league play, the Cardinals provided their seniors with a win in their final high school game.

“We had the opportunity to do what most teams don’t and that’s end our season with a win,” Bondra said. “Today, they played for the seniors and were able to send them out with a win.”

Sluga contributed to Mentor’s first run when in the fourth inning she sacrificed Leah Temple, who had doubled, to third base. Abby Haydu then hit a sacrifice fly to give Mentor a 1-0 lead.

Leading 3-0 in the sixth, the seniors added an exclamation point to the win.

Sluga doubled to start a four-run rally and Reardon beat out an infield single to put runners at the corners with no outs. Bregitzer then hit a line drive to right-center that scored Sluga. Kiley Markowski singled to load the bases and Loparo cleared them with a triple.

“After losing our playoff game, I knew that the game today would have to be one where I gave my all,” Loparo said. “It was so exciting to be able to help my team at the plate and come out on top over Brunswick, especially because it was the last game I would ever play in a Mentor uniform. Today, I focused on my breathing and my mechanics. I knew I needed to end my high school softball career with some quality at-bats in order to help my team and I’m extremely happy with the results.”

Mentor’s seniors combined to go 5-for-9 with three runs scored and they knocked in four runs.

“The seniors were the stars of the show today,” Bondra said. “They all got hits in their last at-bats and that was an awesome ending.”

Loparo entered her final at-bat 0-for-2.

“I tried to swing at the first pitch in almost all of my at-bats to try and get something early in the count,” she said. “In my last at-bat, my fellow seniors had amazing hits to end their seasons on and I did not want to end my season by letting my team down, so I focused and saw the pitch all the way in before driving it out.”

Addison Siedler was 2-for-2 at the plate for the Cardinals but it was her home run-robbing catch to end the game that excited her coaches and teammates the most.

“That was one of the best catches I’ve seen all year,” Bondra said.

Temple allowed just one hit in seven scoreless innings and she struck out nine.