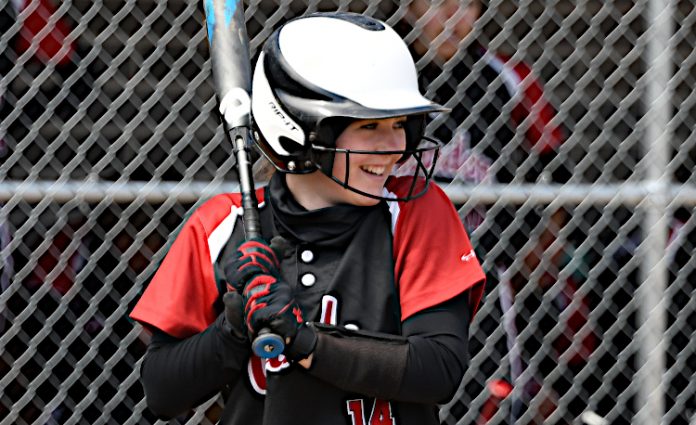 Chardon pounded out 15 hits and shut down Madison’s bats in a 17-0 six-winning win over the host Blue Streaks on Tuesday.

With the win, Chardon improved to 3-3 overall.

“It was great to see the bats get going tonight,” said Chardon coach Stewart Landies. “One of the main reasons that we frontload our schedule is so that the girls are used to seeing good, quality pitching by the time we get to the conference games. Coach Lincoln Tosti does most of the hitting instruction and I’m blessed to be coaching with someone who has the years of experience that he does.”

Chardon scored three runs in the first inning, two in the third, and four in the fourth. An eight-run sixth allowed the Hilltoppers to invoke the run rule.

Leadoff hitter Grace Legan continued to pepper the ball and set the table for the rest of the batting order.

She finished the game 3-for-4 with a triple, three runs scored and two runs batted in.

“Grace Legan stayed hot at the plate,” Landies said. “When she gets on base good things happen. Sid Nagaj moved up to the two-spot in the lineup and she continued to make great contact with the ball. Madison Zombory hit a home run in the first inning and we had a couple that were at the fence and almost out.”

Legan is leading the Hilltoppers with a .429 batting average and a .500 on-base percentage, despite the layoff due to multiple rainouts.

“It was good to be back,” Legan said. “Our team had a lot of energy and was hyped up for our first conference game.”

After last season, when she batted at the bottom of the order, Legan focused on improving her swing and overall confidence and her efforts have paid off so far this season.

“I spent a lot of time in the offseason in the weight room and batting cages,” she said. “After being on varsity last year as a freshman, it helped build my confidence. I bat leadoff for my summer team and I understand my role as the leadoff (hitter). Overall, I just love the game.”

Nagaj was 2-for-3 with a triple and three runs scored. Sarah Sutton and Sydney Murray also recorded two hits in the game and Nicole Krakora hit a triple.

Freshman Savannah Murray pinch-hit with the bases loaded in the sixth and delivered a monster home run.

“She absolutely crushed the ball over the center-field fence,” Landies said.

Sydney Murray went the distance in the circle.

She allowed just one hit, which came in the sixth inning, and struck out 11.

“Sydney Murray took a no-hitter into the sixth inning and pitched well again today,” Landies said. “She is learning to pitch with a very solid defense behind her. There’s room for improvement and I know that she is going to get better as the season goes on.”

Chardon travels to Perry on Wednesday.