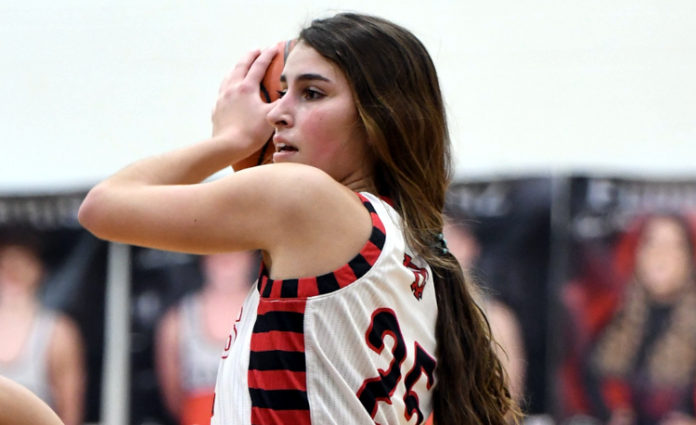 Chardon’s season came to an end in dramatic fashion on Saturday.

Host New Philadelphia made clutch plays down the stretch to beat the Hilltoppers in double overtime, 49-42, in a Division I sectional semifinal.

“We knew going into that game it was going to be tough,” said Chardon coach Cullen Harris. “They’re a good program and we’re pretty similar in terms of demographics, our size, our type of program we run, so we knew it was going to be a close one. Ultimately, down the stretch, they made a couple more shots than we did.”

Chardon got off to a fast start as the Hilltoppers built a 7-2 lead early and carried a 14-9 advantage into the second quarter.

The Quakers responded by outscoring the Hilltoppers in the second half, 12-2. Chardon connected on just 1-of-7 shots and turned the ball over seven times in the second quarter and entered the break trailing, 21-16.

Emily Noerr scored 12 of her team-high 16 points in the third quarter to rally Chardon to a 32-29 lead heading into the final eight minutes of regulation.

After being forced into overtime, Chardon’s shooters went cold and missed two front ends of one-and-one opportunities. The Quakers hit their free throws down the stretch and also had clutch shots falls.

“We missed a couple of free throws there in the first overtime and they made four or five in the last minute of double overtime, so that was kind of the big difference,” Harris said. “Those games come down to a shot here or a shot there but I’m proud of how the kids played and their effort.”

Chardon closed out its season with a 15-8 record.

“The last game is always tough,” Harris said. “It’s always tough even if you aren’t graduating anybody. The locker room is never going to be the same and then you have a group where we do, where we’re graduating six of those kids. The locker room and practices are never going to be like they were. I’m really excited to see what the future has in store for all of them–Jo on the basketball court and Kayla on the softball diamond–and the other kids who aren’t playing sports in college, just seeing what kind of young women they turn into and what the grow up and do in life. That’s what it’s all about.”

Chardon’s seniors posted a career mark of 57-39 before passing the torch to the underclassmen.

“They’ll be missed and they left their impact on what we do,” Harris said. “They showed the younger kids what it takes to compete at this level. It’s always a bitter-sweet moment. It’s sweet because it’s a fresh beginning and a new start with a new group of kids but it’s bitter because we’ll miss those kids that are graduating.”