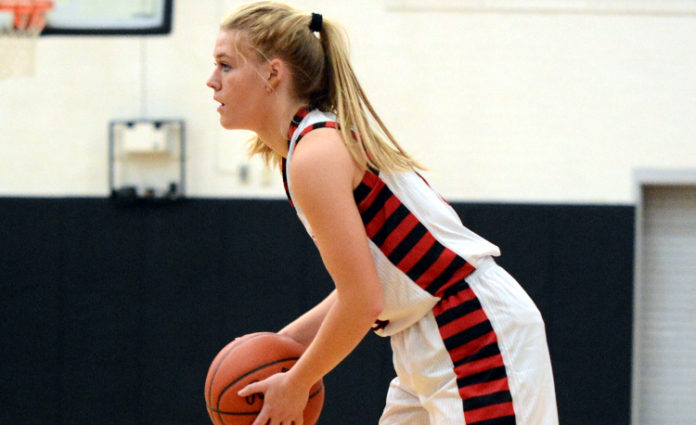 After a three-week layoff, Chardon returned to the court on Tuesday and held off host Hathaway Brown at Ursuline College, 66-57.

“Honestly, with this group of kids, it was a mental break for them,” said Chardon coach Cullen Harris about the temporary pause to the team’s season. “We didn’t do too much in terms of ‘do these workouts, get this many shots up, etc.’ They are an easy-going, fun-loving team. To give them some time away to recharge for the second half of the year might have been a blessing in disguise.”

That break certainly inspired the Hilltoppers early in the game as they jumped on the Blazers early.

Chardon led 19-9 after the first quarter and 57-39 heading into the fourth.

“We did a good job of moving the ball against pressure in the third quarter to open up a lead,” Harris said. “We broke pressure with the pass and got layups off of it. When we move the ball and play unselfishly, we can be a really good team. We did that today and were able to come away with a win.”

Hathaway Brown made a run at the Hilltoppers in the fourth quarter but the Blazer rally ran out of time.

With the win, Chardon improved to 2-2 while Hathaway Brown dropped to 4-3.

“It’s always good to win a game,” Harris said. “HB is a solid team with some nice wins. We try to add solid teams for our lost (Western Reserve Conference) games. If we want to win the league and compete for a district title, we need to play quality opponents. We showed flashes of what we can be and it was definitely a positive to build on.”

Sam Liechty led that group with 17 points, Emily Noerr added 14, Ashley Hoenigman contributed with 11 and Kayla Noerr pitched in with 10.

Liechty believe the Hilltoppers remained sharp during their layoff by focusing on their long-term goals.

“We’re playing to go farther than we ever have this year and we can’t do that if we lose our focus while quarantined,” she said. “Getting back on the court, it felt like we were starting the season all over again and we all were so excited to go out there and play with each other again and have a great start.”