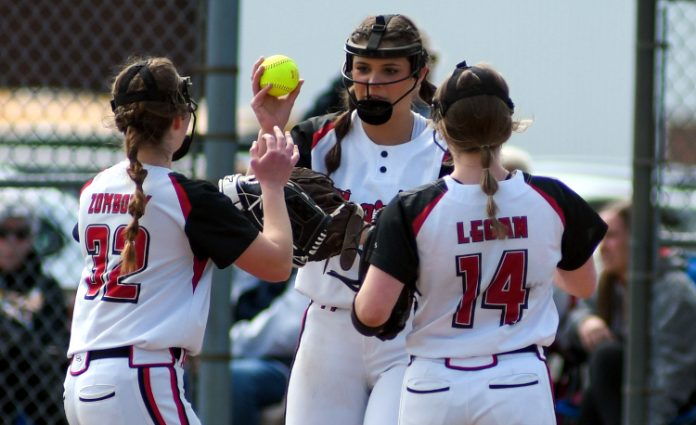 Chardon pounded out 19 hits in beating visiting Mayfield in a Western Reserve Conference showdown on Monday, 14-4.

The Hilltoppers led 2-0 before Mayfield’s Angeleah Saltenis hit a grand slam in the top of the third inning that gave the Wildcats a short-lived 4-2 lead.

“We hit the heck out of the ball tonight,” said Chardon coach Stewart Landies. “We really hit the ball well tonight.”

Chardon responded with four runs in the bottom half of the inning and five more in the fourth. The Hilltoppers added three in the bottom of the sixth to invoke the run rule.

Sydney Murray picked up the pitching victory. She allowed three earned runs in three innings and struck out four. O’Brien closed out the game with three scoreless innings of work. She allowed one hit and struck out seven in helping the Hilltoppers improve to 12-8 overall and 6-2 in WRC play.

“They did really well,” Landies said of his pitchers. “We need to get Syd a little more consistent. She had four walks tonight but if she’s on, she’s tough to hit.”

The Hilltoppers open the postseason on Wednesday with a sectional semifinal against Hudson.