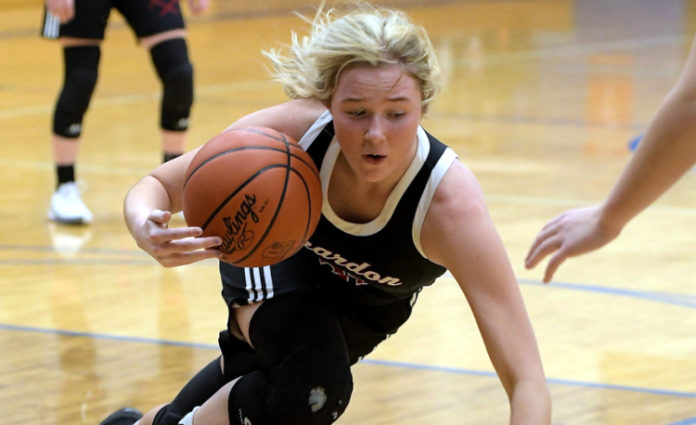 Fresh off a big win at Perry on Monday, Chardon got off to a slow start but rallied for a 62-49 win at Cuyahoga Falls on Tuesday.

The Hilltoppers trailed 15-4 early in the contest before settling in for their fifth straight win.

“We slept walked through the first quarter but it was a weird situation,” said Chardon coach Cullen Harris. “There was no JV game, which we usually use that time to get mentally focused. It was their senior night, so warmups took a little bit longer and we played a great opponent last night and the starters logged a lot of minutes. Once we got our legs under us, we subbed pretty freely and got some younger kids in and out, and once they got adjusted to the speed and the flow of the game we were able to kind of get focused and locked in.”

Chardon outscored Cuyahoga Falls in the second quarter, 20-12, to take a 29-27 lead into the break. A 15-5 run in the third quarter gave the Hilltoppers a comfortable cushion heading into the final eight minutes.

“We started playing better defense,” Harris said of the comeback. “We pressured the ball a little bit better and started making a couple more shots. That forced them to open up their zone a little bit and Sammie started getting to the hoop.”

Liechty and her teammates took some to find their rhythm but when the Hilltoppers found their groove, they didn’t let up.

“We did come out a bit slow at first and we didn’t really know what kind of game this was going to be coming into it, but after the first quarter we realized we need to be better in the defensive end and play D how we did last night against Perry,” Liechty said. “Tonight on offense, I played more on the wing then I have been the past games and I could drive to hoop more and that’s when my scoring is more effective. I also can get the ball to the middle and kick it for the jumpers.”

Ashley Hoenigman added six points, Riley Zimmerer and Kayla Noerr both finished with four and Nicole Krakora pitched in with three. Fiona Slaymaker and Anna Landies each scored two points in the win.

“Sammie, Jo and Emily had a great offensive performance. Kayla sacrificed her offense and did a great job defensively and rebounding the basketball. We got some younger kids in and out and they were able to step up and contribute too,” Harris said. “Nicole Krakora was great defensively. Riley Zimmerer had four. Anna Landies had her first varsity points. That was cool to see her teammates react to that. We’re at our best when we play together and share the ball.”

With the win, Chardon improved to 12-6 overall and opened up a challenging week with back-to-back wins.

On Wednesday, the Hilltoppers travel to Western Reserve Conference rival Mayfield and then travel to Walsh Jesuit on Thursday. They’ll close out the week with a key league game against Brush on Saturday.

“We know we have a tough week, but we’re really trying to use these games to prepare us and make us tougher so we can come through and be champs at the end of the season,” Liechty said.