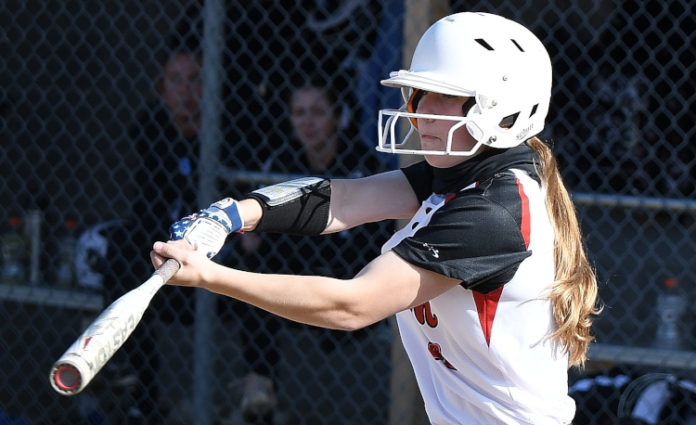 Chardon sweeps three games at Battle on the Lake

Chardon’s hot streak continued on Saturday with three wins at the Battle on the Lake at North Ridgeville’s Victory Sports Park.

The Hilltoppers used the momentum they gained during the week with a win over Western Reserve Conference rivals North and Riverside to get off to a strong start in each game. They opened the day with an 8-0 win over Barberton and then beat a strong Triway team, 3-0. Chardon closed out the day with a 20-8 victory over WRC foe Brush.

“It was important for us to stay up and focused because wins help us with our confidence and we have a few big games ahead of us that we will be ready for,” said Chardon sophomore Sarah Sutton, who had five hits and two home runs on the day.

Sophomore Amy O’Brien also stepped up for the Hilltoppers as she made the most of a rare pitching opportunity. She allowed just five hits and struck out 13 in a complete-game shutout over Barberton.

“It was a lot of fun to pitch,” O’Brien said. “I’m super glad I got the opportunity.”

O’Brien pitched just once prior during the 2021 season but Saturday was her best effort. She threw first-pitch strikes to 20 of 27 batters she faced and 70 of the 95 pitches she threw found the strike zone.

Her performance provides the Hilltoppers with another quality arm to use behind standout pitcher Kayla Noerr.

“I was mainly focused on hitting my spots and staying loose and relaxed on the mound,” she said. “Kayla has done an amazing job pitching this year and Sydney (Murray) and I will be ready to step up if needed. It’s important to be ready because it takes some of the pressure off of Kayla.”

Triway never had a chance against the Hilltoppers and a rested Noerr, who allowed just four hits and struck out 15 in the win.

“The second game against Triway was a great softball game,” said Chardon coach Stewart Landies. “They were 18-1 going into it and our girls responded in a big way. We saw great base running by Lindsey Leggett in the first inning to manufacture a run, a huge hit by Sarah Sutton with a home run over the centerfield fence, and Sidney Nagaj made a diving catch in left field that saved us the game. Kayla Noerr pitched as well as I’ve ever seen pitch her today.”

Noerr threw 116 pitches with 85 of them hitting the mark.

The Hilltoppers scored one run in the bottom of the first and added two more in the second and then held off Triway the rest of the way.

Lindsey Leggett hit a one-out single in the first and Noerr was hit by a pitch to put runners at first and second. Madison Russo then singled to load the bases. Triway recorded back-to-back strikeouts to end the inning but not before Leggett scored on a passed ball.

Grace Legan’s single with two outs in the second set up Sutton for her second four-bagger in as many games.

After fouling off three pitches, Sutton found an outside pitch she liked and sent it over the fence for a 3-0 lead.

“I was just looking for base hits and making small adjustments to improve my swing,” Sutton said. “I have been doing really well hitting the outside corner, so any pitch middle to outside.”

The Hilltoppers pounded out 15 hits against the Arcs in the finale.

Chardon now will focus its attention on closing out WRC play with a game against Mayfield on Monday and then the Hilltoppers will travel to Brush on Friday. A win in both games clinches at least a share of the WRC title.

Toppers power up in win at Berkshire