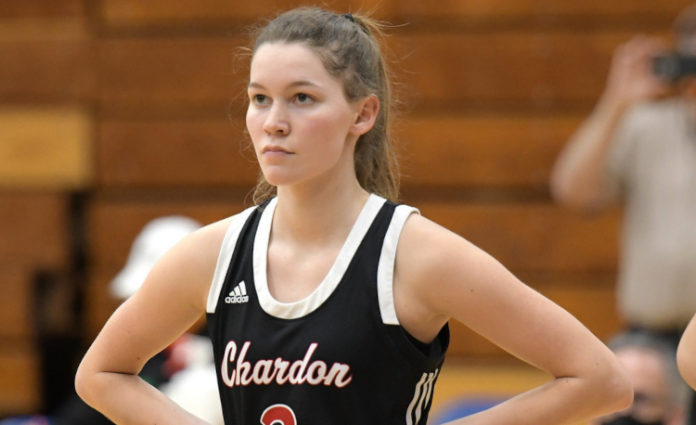 Emily Noerr and Jo Janda both scored in double figures in Chardon’s 45-41 win over visiting Riverside in a Western Reserve Conference showdown on Saturday.

With the win, the Hilltoppers improved to 11-6 overall and 3-2 in league play.

“We made some plays down the stretch which were really important,” said Chardon coach Cullen Harris. “They made a couple plays there but we were able to pull it away and we were able to finish possessions when we needed to. It was a collective effort.”

The Hilltoppers jumped out to an early 15-7 lead after the first quarter and took a 22-14 advantage into the locker room.

Riverside outscored Chardon in the second half, 27-23, but the Hilltoppers made enough plays down the stretch to hold onto the win.

Noerr led all scorers with 15 points and Janda added 13. Emma McCartney contributed to the win with eight points, Ashley Hoenigman pitched in with four and Sam Liechty and Julia Gray each finished with two points.

“They were playing a zone so we made a couple of perimeter shots and that opened up some things for Emma driving to the hoop, which helped,” Harris said. “We knew they do a good job of slowing the game down and making us play at their pace so we knew we’d have to make some shots to open up that middle a little bit. We were able to get it up to eight or 10 so they had to really kind of stretch out and that helped us to capitalize and make a couple of shots there in the fourth quarter.”

Chardon puts its three-game winning streak on the line on Monday at 16-1 Perry.