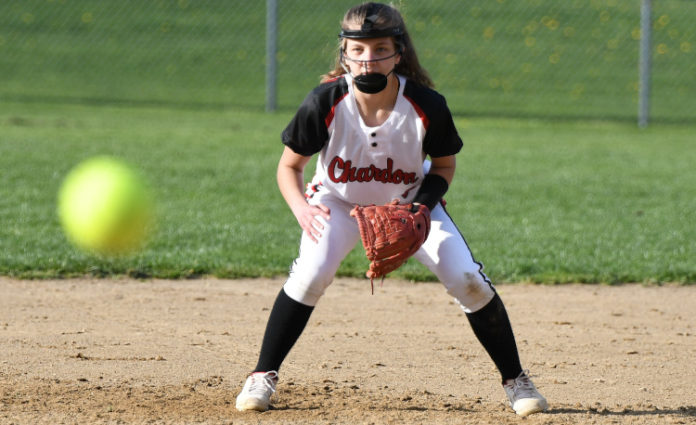 Chardon’s 5-4 win over Riverside on Monday set the stage for a dramatic finish in the Western Reserve Conference.

Until losing to Chardon, Riverside was 15-0 and held a two-game lead in the WRC standings. Now, there are four teams within one game of each other in the standings and Madison isn’t out of the discussion with three conference losses.

Riverside remains in first place with a 7-1 record but South, Chardon, and North all sit at 6-2. While the Beavers control their own destiny, they’ll have to bounce back with a win over Chardon on Wednesday and also maneuver through a two-game series against both North and Madison and have one game remaining against South.

Chardon has a key game against North on Tuesday and then will travel to Riverside on Wednesday before closing out its conference schedule with a two-game series against Mayfield (1-7 in the WRC) and Brush (0-8). If the Hilltoppers can sweep the week, they’ll be in the driver’s seat heading into the final two weeks of the regular season.

South already has swept Chardon but lost to Riverside and Madison. The Rebels host Madison on Wednesday and complete their conference schedule with two games against both Kenston and North.

North split with Madison and needs a win over Chardon on Tuesday to stick with the pack at the top of the standings. The Rangers have one of the two toughest roads to travel to win the WRC championship as they still have two games against both Riverside and South on the schedule.

With a powerful lineup and one of the most dominant pitchers in the area, Madison still has an outside shot at winning the league title. The Blue Streaks split with North but dropped the season series to Chardon. Madison still has to play two games against Riverside and Mayfield, and one against both South and Kenston.