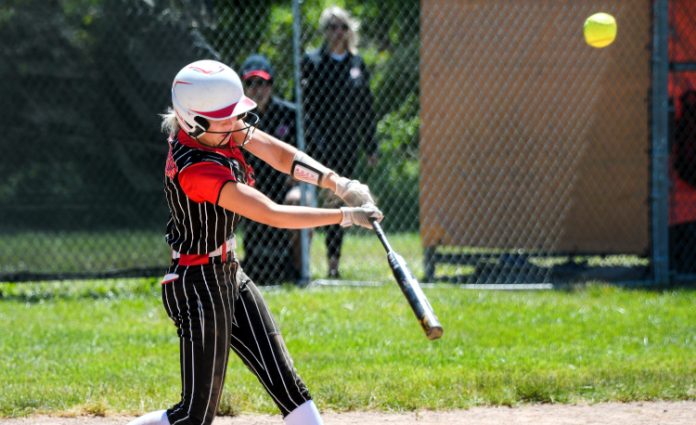 Clarissa Morrison (Mentor 2024) had a big weekend in earning Vipers 16U Player of the Week honors.

While the Vipers struggled to finish 1-3 at the Ohio Blast Father’s Day Classic, Morrison was red hot in batting a team-best .583.

“I was very satisfied considering I’ve been in a hitting slump since the high school season started,” Morrison said. “It felt great to get back out there.”

Morrison finished the weekend 7-for-12 with six singles and a double. She also scored a team-high five runs and stole a base.

As a team, the Vipers pounded out 35 hits in four games and that momentum helped Morrison lock-in at the plate.

“It definitely helps a lot,” Morrison said of the team’s success. “It also helps get the consistency going on the bat, especially when we’re down.”

The Vipers are now 7-5-1 after two tournaments but the team is trending up as the players jell and settle into their roles.

“It’s definitely coming along,” Morrison said. “We had a team bonding after practice on Tuesday and I feel like we all bonded pretty well. I’m excited to get back out there and see how it goes.”

Morrison and the Vipers head to Victory Park in North Ridgeville for the FSA State Championships on Saturday and Sunday. They open the tournament against the Landsharks on Saturday at 8:00 a.m.