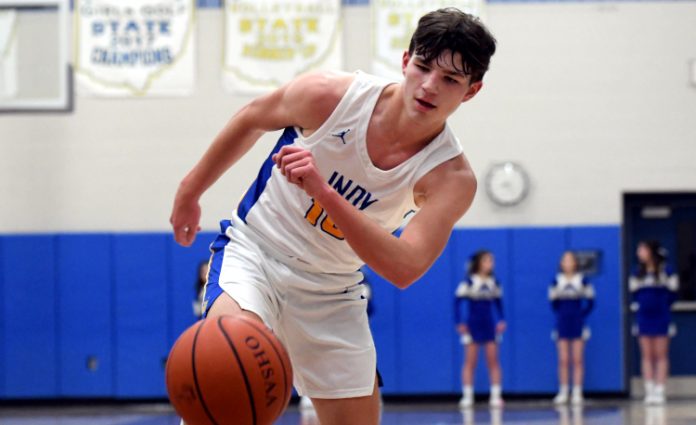 Aidan Coljohn tied Independence’s single-game 3-point record in leading the Blue Devils to a 73-55 win over visiting Rittman on Saturday.

“It definitely feels good to get a winning streak going,” Coljohn said. “We have a short week with Revere coming up on Monday and we will be looking to extend this winning streak into the (Christmas) break.”

Coljohn drained two 3s in the first quarter, one in the second, three in the third, and one in the fourth.

Kyle Zygmunt, who scored a game-high 25 points in Friday’s win, added 17 points on Saturday. Coljohn and Zygmunt have consistently led the Blue Devils in scoring this season.

“Having multiple scorers out there is key,” Coljohn said. “All of us out there trusted each other with the ball this weekend. Kyle and I have been playing together for a long time and we know where to find each other on the court to create scoring opportunities for each other.”

Zygmunt scored nine points in the first quarter as the Blue Devils jumped out to a 20-14 lead. He added six more in the second to push Independence’s lead to 41-27 at halftime.

The Blue Devils outscored Rittman in the second half, 32-28.