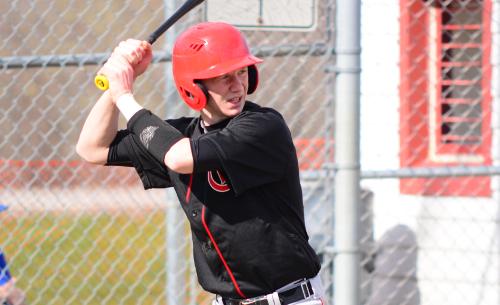 Unlike in Wednesday’s 6-5 loss to Madison, Cardinal’s offense came up with the clutch hits when the Huskies needed them to defeat Harvey, 14-4, on Friday.

The Huskies, who improved to 2-4 overall and 2-1 in the Chagrin Valley Conference Valley Division, overcame a 3-1 deficit by pounding out a dozen hits including three for extra bases.

“We were kind of flat at the beginning but after Harvey scored those three runs (in the top of the fourth) I saw the mentality change like, ‘Oh, enough of this,’” said Cardinal coach Brian George. I hope that carries through. That’s the killer instinct, the put the pedal to the floor mentality that we have to have.”

KC Cress and Clark Thurling led the Huskies at the plate. The duo combined for six hits, each had a triple, five runs scored and five runs batted in and Cress also picked up his second pitching win of the season when he relieved starter Evan List in the fourth and threw the final 3 2/3 innings.

“Evan started for us and gave us exactly what we wanted,” George said. “He did a nice job on the mound and kept them off balance.”

List allowed just one hit and three unearned runs in 3 1/3 innings of work.

“I told him I wanted him to get through the order a couple times,” George said. “He got in a little trouble in the fourth when we made a couple errors and they scored three runs to make it 3-1.”

Cress started the big inning with a single and List, Brant Zemelka and Joe Tucker all followed with singles.

“Up until then we hadn’t had the greatest at bats,” George said. “The guys kind of rallied around each other and pounded out some hits after that. We had some good bunts, Joe Tucker had a heck of a squeeze bunt. He took the ball off the dirt to get the squeeze down. That kind of broke the inning open for us and we finished it out like we needed to.”

With Cress on the mound the Huskies shut down the Red Raider bats and continued to pound the ball on offense. They scored three more runs in the fifth and added three in the sixth to put away their second win of the season.

“KC did a nice job,” George said. “He came in and I was kind of thinking with Evan, he’s got some nice off speed stuff and he was throwing strikes, then we have KC come in and throw hard. He came in and shut them right down. We gave up one in the seventh but that was about it. He did a really nice job for us to get us that big conference win.”

Purpura finished with two hits and Zach Retych added one for the Huskies.

“Zach Retych had a hit and drove in a run and he’s playing a great center field for us too,” George said. “He’s just been awesome out there.”

Cardinal plays at Garrettsville Garfield on Saturday at 3:00 p.m.