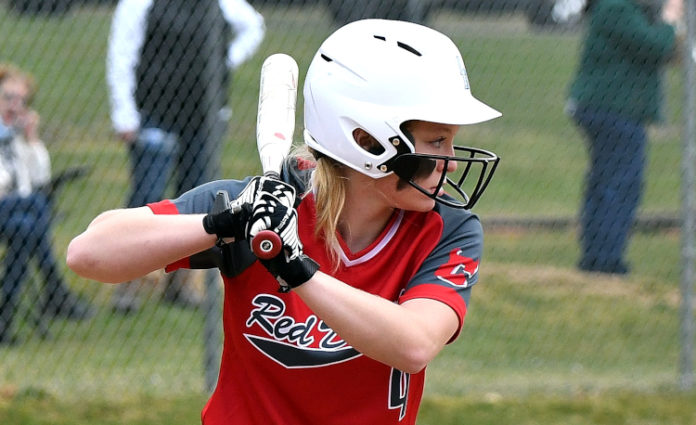 Crestwood’s softball team will make its Chagrin Valley Conference debut this spring but the Red Devils already have a target on their back.

After beating Perry in a Division II regional semifinal in 2019, Crestwood won’t surprise anyone this spring, especially since the Red Devils return three players from that squad including the team’s starting pitcher and one of its top hitters.

While the rest of the lineup will be young and untested, head coach LeRoy Moore will rely on his experienced players to set the tone early in the season.

“It has been a challenge since Crestwood is returning just three starters,” Moore said. “The remaining positions are being filled by sophomores and freshmen that have yet to compete at the varsity level. We have adapted by maxing out our scrimmage schedule and having move scrimmages among ourselves to set a game-like atmosphere.”

The Red Devils finished the 2019 season with a 17-9 record overall and an 8-2 mark in the Portage Trail Conference.

They won the Akron district and then defeated Perry in a Division II regional semifinal, 6-1, before falling to Poland in the regional championship game, 12-4.

As the Red Devils set to open the 2021 season, they’re younger and less experienced than they were two seasons ago but that doesn’t change the program’s expectations.

“I still expect us to be competitive,” Moore said. “We have a solid pitching staff, if all remain healthy, and we expect them to keep us in ball games until our hitting and defense comes around. Fortunately, Mother Nature has been kind to us this spring and we have spent a lot of time outdoors setting up situations and getting our reps in on learning and knowing our coverages.”

Berquist was 10-5 in the circle as a freshman with a 2.60 earned run average. She struck out 68 batters in 107 2/3 innings of work in earning first-team All-PTC honors. Head batted .494 as a sophomore and led the team with 41 runs batted in, 11 doubles, two triples, and six home runs.

Crestwood has one more senior in the starting lineup as Samantha Toke will play left field. She batted .282 with two doubles in 2019.

Gullatta will catch, Linamen is at first base, and Barnauskas will play short.

Crestwood’s lineup is young but it is filled with athletic players eager to compete.

“We may be young when it comes to experience, but we are athletic and I expect to use that as an advantage,” Moore said.