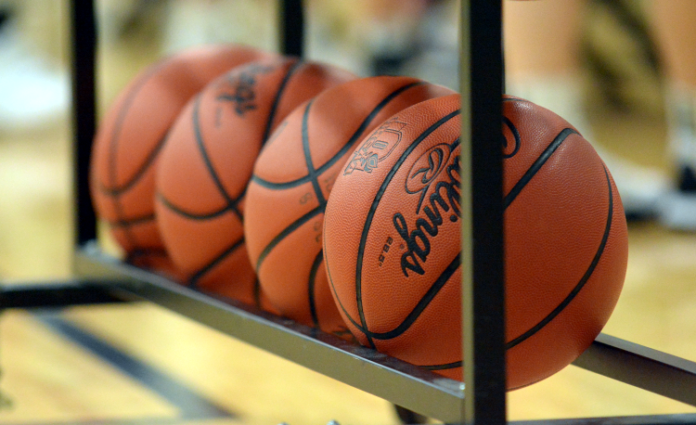 Cuyahoga Heights opened the 2020-21 season with three returning starters and one other player with varsity experience but that relative inexperience hasn’t stopped the squad from getting off to a fast start.

“We have excellent leadership on our basketball team,” said Cuyahoga Heights head coach Al Martin, who is in his 16th year coaching the team. “Julia Harris and Sydney Dyer, our two senior starters, have done a great job setting the right example for the rest of our players. We will be relatively young, but have lots of potential.”

Not only is Cuyahoga Heights 2-0 for the first time in several seasons, but the team is averaging 50.5 points per game while allowing just 22.5. Heights averaged just 31.4 points per game during the 2019-2020 season and 33.6 the year before.

The improvement is both the result of hard work in the gym and each player’s unselfish style of play.

“We need to shoot well from the perimeter, take care of the ball and limit scoring in the paint by our opponents,” Martin said. “We have an intelligent group of girls who are unselfish and care about each other. They share the ball willingly. Our shooting should be much improved.”

Harris and Dyer return to the starting lineup after averaging 7.1 and 2.1 points per game, respectively, last season. Harris, a 5-foot-7 point guard, also pulled down 3.5 rebounds per game with 1.3 steals and 2.4 assists. She was named second-team All-CVC and honorable mention all-district.

“Julia is an excellent leader and fierce competitor,” Martin said. “She is athletic and can shoot the ball from the 3-point line or get to the basket. Julia is a three-year starter and our best perimeter defender.”

“Sydney is an excellent leader and three-year varsity player,” Martin said. “She understands our system and does all the little things that help teams win basketball games. Sydney is a good rebounder and help defender.”

Mia Spicer, a 5-foot-9 junior post, also returns to the starting lineup. She averaged 4.8 points, 3.5 rebounds, 1.0 steals and 0.4 assists per game on the way to earning honorable mention all-conference and all-district honors.

“Mia is a three-year varsity player,” Martin said. “She has good post moves and can knock down the 3-point shot. Mia is an excellent passer and understands the game at a high level.”

Tess Conroy, a 5-foot-8 sophomore wing, and Julia Jaenke, a 5-foot-8 freshman post, round out the starting lineup.

“Tess is an excellent shooter and has the creativity to attack the basket. She rebounds the ball well on both ends of the floor,” Martin said. “Julia can score from inside and out. She has great instincts for steals and goes after rebounds and loose balls aggressively.”

“Kaitey plays with lots of energy,” Martin said. “She has a scorer’s mentality on offense and plays aggressively on defense.”

Lasky is a 5-foot-4 wing, while Connors and Valley both are 5-foot-5 posts.

“Grace earned a varsity letter last year as a freshman. She is an excellent shooter and good defender,” Martin said. “Riley is an aggressive competitor. She rebounds well and knows how to score on the perimeter and in the post. Kayla is very athletic and competitive. She is an excellent teammate and works hard in practice every day.”

“Ava is a talented freshman. She handles the ball well and can score on shots from the perimeter or drives to the basket,” Martin said. “Reece is very athletic and competitive. She plays excellent defense and goes after every rebound and loose ball.”

While Cuyahoga Heights is off to a great start this winter, Martin knows his players have to remain focused, work hard and continue to do those things that have led to early success.

“We are just trying to develop chemistry between our players and get better every day,” Martin said.