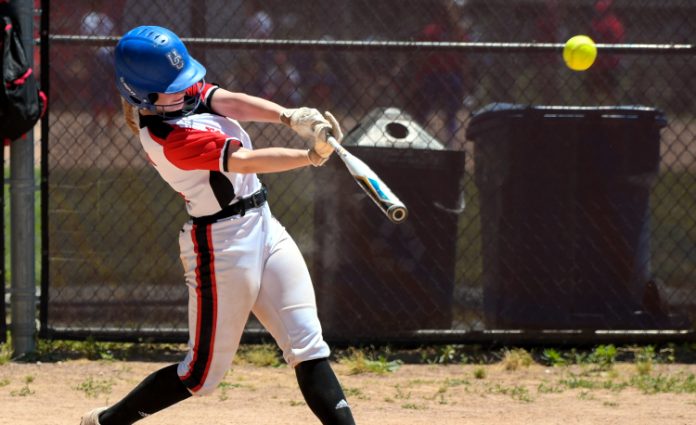 NEW MIDDLETOWN—Christina Dalton’s three-run home run led the Vipers 18U to a 7-5 win over ROC Elite and a 3-0 mark in pool play at the Ohio Blast Father’s Day Classic on Saturday.

With the win, the Vipers locked up the No. 1 seed for Sunday’s bracket tournament.

After both sides went quietly in the first, Gianna Cantini (Kirtland) drew a walk and Jensen Sminchak (Andrews-Osborne/Rochester) singled to start the Viper second. Dalton (Beaumont/Ursuline College) then hit a 2-1 pitch over the fence in left field for a 3-0 lead.

ROC Elite scored on a home run in the bottom half of the inning but the Vipers added two more runs in the top of the third.

Nia Guess (South/Penn State-New Kensington) drew a walk to start the rally and stole her way to third. She scored on a passed ball.

A three-run homer in the bottom of the fourth pulled ROC Elite to within 5-4 but the Vipers added two insurance runs in the fifth.

Guess hit a one-out single and scored on Brynn Gillen’s (Mayfield/Lake Erie) RBI single. Kovalchuk followed with an RBI single to push the Vipers’ lead to 7-4.

ROC Elite scored a run on a double and a single in the bottom of the fifth but Faith Hartman (Perry/Lakeland Community College) struck out the next batter and caught a baserunner attempting to score on a passed ball to end the game.

Kovalchuk was 2-for-3 to lead the Vipers at the plate. Guess, Gillen, Cantini, Sminchak, Dalton, and Kelsie Gaiter (Solon) each had one hit. Dalton knocked in a team-high three runs.

Hartman went the distance in the circle. She allowed five runs on eight hits and struck out four.

The Vipers will play the winner of the game between Velocity Fastpitch and Chaos 18U at 5:00 p.m. on Sunday.

Izzy Coode (Mentor 2024) hit a grand slam but it wasn’t enough as the Vipers 16U closed out pool play with a 10-9 setback to the Windsor Wildcats on Saturday.

The Vipers gave up five runs in the top of the first inning but battled back throughout the game and had the tying runner on third base with two outs in the final inning.

That comeback bid began in the bottom of the second when the Vipers scored four runs on three hits.

Olivia Sacks (Mentor 2024) singled to start the inning and Macey McGhee (Independence 2025) reached on an error that cut the Wildcat lead to 5-1. Elena Scott (North Olmsted 2025) then hit an RBI single. Lilly Jarc (Beaumont 2024) followed with an RBI single.

Windsor added a run in both the fourth and fifth innings to pull ahead 7-4 but the Vipers scored four runs in the bottom of the fifth to take their first lead.

Mak Kobetitsch (Mentor 2024), Kassidy Samuelraj (Solon 2025), and Clarissa Morrison (Mentor 2024) hit back-to-back-to-back singles to start the rally and Coode hit a ball over the center fielder’s head and beat the throw to the plate for the inside-the-park grand slam.

The Wildcats responded with three runs in the top of the sixth and held off the Vipers in the bottom half of the inning to seal their win.

Scott reached on an error in the bottom of the sixth and Lizzy Gardner (Eastlake North 2024) tripled her home with two out in the inning.

Kobetitsch then hit a ground ball to the second baseman and was called out on a bang-bang play at first to end the game.

Morrison, Coode, and Jarc each finished the game with two hits and Coode led the Vipers with four RBI. Gardner was 1-for-3 with two runs batted in.

Samuelraj went the distance in the circle. She allowed eight earned runs on 13 hits.

The Vipers finished pool play with a 1-2 record. They’ll open bracket play Thunder Elite at 8:00 a.m. on Sunday in the first round.

Berkshire rallies for 4-3 win over Cardinal