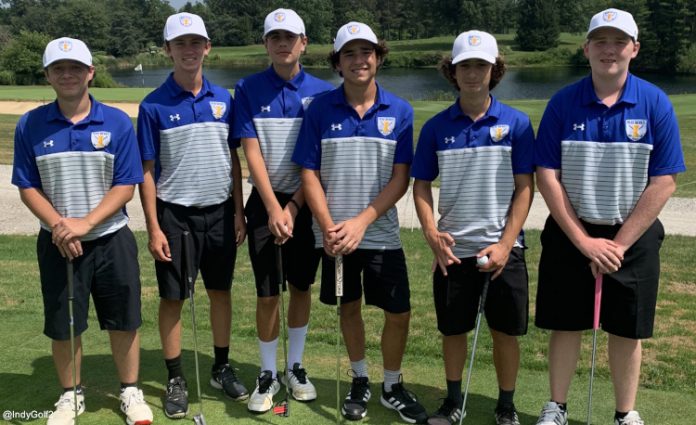 Led by Charlie DeCapua’s 36, Independence stayed hot with a 158-163 win over host Wickliffe at Airport Greens on Wednesday.

With the win, the Blue Devils improved to 7-1 on the year.

“The team is playing really well,” said DeCapua, who has strung together several rounds in the mid-30s. “It’s nice seeing the team play this well and consistently before the big league tournament. We are definitely confident because I believe we are stronger than the year prior and we won last year. I think we definitely feed off each other on the course whether it’s trying to replicate a swing or shot.”

DeCapua recently carded a career-best 35 and followed up with a pair of 36s.

“I’m definitely starting to see my rounds where I want them to be more and more often,” he said. “It’s really rewarding to see that before the big tournaments. I feel very confident over the ball and this comes from the team and me succeeding on the course.”

That success stems from DeCapua’s mental approach to his game.

He plays aggressively while weighing the potential risks of any shot.

“I am playing to my strengths and trying to avoid the big numbers at all costs,” he said. “If there’s an opportunity to take the riskier shot, I’ll take it if I’m confident I can pull it off and if it benefits the team. Currently, my biggest asset is my driver and putting so I try to play to those as often as I can.”

Sam Coddington and Mark Pillar also broke 50. Coddington finished with a 37 while Pillar shot a 38. A.J. Marcinko rounded out the scoring with a 47.